"Seems quite unusual that your office would change its position so dramatically," Justice Sotomayor told Noel Francisco, the U.S. solicitor general, about the Justice Department's abandonment of earlier litigation positions.

By Marcia Coyle | January 10, 2018 at 03:05 PM | The original version of this story was published on The National Law Journal
X

During arguments Wednesday in a major Ohio voting challenge, Justice Sonia Sotomayor confronted U.S. Solicitor General Noel Francisco as to why his office broke with solicitors general of both political parties for 24 years who said using failure-to-vote as a trigger to purge voters from state rolls violated the National Voter Registration Act.

Even the Federal Election Commission, nearly a decade after the 1993 enactment of the federal voter registration act, “took the position the old solicitors general were taking,” Sotomayor said. “Everybody but you today come in and say the act before the clarification said something different. Seems quite unusual that your office would change its position so dramatically.” 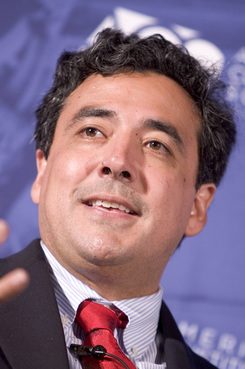 Francisco struggled initially to respond to Sotomayor’s question, which marked the first instance a justice has questioned President Donald Trump’s Justice Department about the abandonment of a predecessor’s litigating position.