AI is Here, Is Your Company Ready? (Hint: No)

The scale and scope of artificial intelligence is well-described. Merrill Lynch predicts an “annual creative disruption impact” of $14 to $33 trillion…

By Danny Tobey | November 22, 2017 at 11:51 AM | The original version of this story was published on The National Law Journal
X

The scale and scope of artificial intelligence is well-described. Merrill Lynch predicts an “annual creative disruption impact” of $14 to $33 trillion by 2025. Accenture estimates AI could double annual economic growth for 12 developed nations by 2035. Stephen Hawking predicts “the rise of powerful AI will be either the best, or the worst thing, ever to happen to humanity.”

Already, AI technologies are being adopted in medicine, law, finance, manufacturing, transportation, policing and retail, to name a few examples. And it’s been well-reported that AI has the potential to transform our legal system. But how? AI undermines basic assumptions about causation, reliance and the role of human agency and supervision. 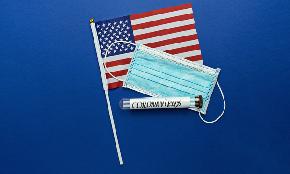 We Navigated Crises. Here’s How to Prepare Your Business in the Coronavirus Era