The 12-count indictment against Paul Manafort and a business partner this week rattled Washington's K Street lobbying corps, as lawyers and consultants now find themselves forced to reassess their past disclosures and future compliance with rules that govern advocacy for foreign clients.

The 12-count indictment against Paul Manafort and a business partner this week rattled Washington’s K Street lobbying corps, as lawyers and consultants now find themselves forced to reassess their past disclosures and future compliance with rules that govern advocacy for foreign clients.

Special Counsel Robert Mueller’s team, investigating Russia’s interference with the 2016 presidential election, charged Manafort with lobbying for the Ukrainian government without registering with the U.S. Justice Department as required under what had been an arcane federal law: the Foreign Agents Registration Act. Manafort’s indictment has thrust that law—passed in 1938 to combat a Nazi propaganda campaign in the United States—into the spotlight and spurred speculation that tighter enforcement and disclosure requirements will be coming to the influence industry. 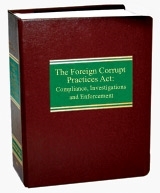