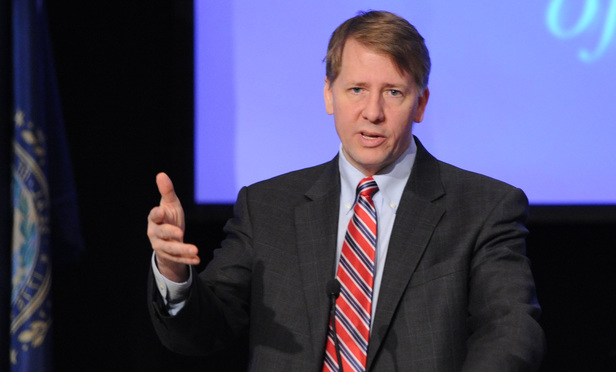 The full U.S. Court of Appeals for the D.C. Circuit will take a fresh look at a ruling that struck down the Consumer Financial Protection Bureau's…

The full U.S. Court of Appeals for the D.C. Circuit will take a fresh look at a ruling that struck down the Consumer Financial Protection Bureau’s structure as unconstitutional, setting the stage for a legal fight that carries significant implications for the future of the agency in the Trump administration.

The D.C. Circuit’s decision Thursday gives the CFPB another chance to defend itself as Republicans in Congress, emboldened by the election of President Donald Trump, push to roll back the agency’s authority. Sen. Ted Cruz, R-Texas, this week filed a bill to abolish the agency as other Republicans continued their legislative push to turn the CFPB into a bipartisan commission.

In a two-page order, the D.C. Circuit vacated a three-judge panel ruling in October in which Judge Brett Kavanaugh railed against the “massive, unchecked power” of the CFPB, an independent agency that was born out of the Dodd-Frank financial reforms.

Kavanaugh, writing for a divided court, said the president should have the power to remove the CFPB’s director at any time, rather than only for cause. That ruling, combined with the election of a president who has pledged to “dismantle” Dodd-Frank, fueled concerns that Trump will fire CFPB director Richard Cordray, whose five-year term expires in July 2018.

The CFPB declined to comment on the D.C. Circuit’s decision Thursday.

PHH Corp.’s lawyers at Gibson, Dunn & Crutcher expressed confidence they would convince the full appeals court to rule against the CFPB.

“We are confident that we will prevail before the full D.C. Circuit for PHH, which was subjected to a fundamentally unfair order promulgated by an unconstitutionally structured agency,” Gibson Dunn partner Helgi Walker said. “Importantly, although the separation of powers issues will be reheard, the court’s stay of the CFPB’s order remains in place.”

The D.C. Circuit’s decision Thursday likely came as a relief to proponents of the CFPB. Last month, top Democratic lawmakers and 16 state attorneys general unsuccessfully tried to intervene in the case, arguing that their participation was necessary to protect the CFPB in case the Trump administration abandoned the defense of the agency.

The full D.C. Circuit scheduled oral arguments for May 24, with briefing to begin on March 10.

PHH, a home mortgage provider, brought the constitutional challenge as part of its appeal of a CFPB enforcement action. In 2015, Cordray ordered PHH to disgorge $109.2 million after finding that the company had engaged in a kickback scheme.

Copyright The National Law Journal. All rights reserved. This material may not be published, broadcast, rewritten, or redistributed.