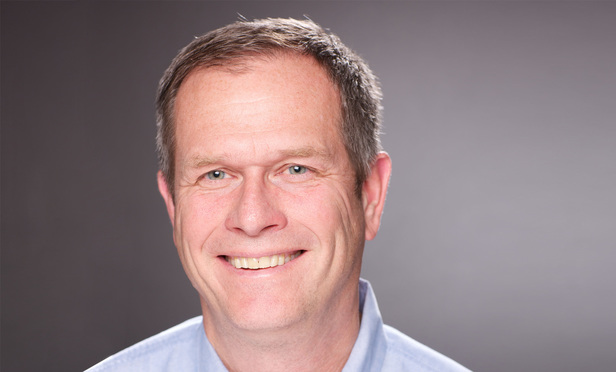 Airbnb, HomeAway Step Up Battles Against Short-Term Rental Bans in NY and California

Battles between internet-based home rental services and state and local municipalities are heating up on the East and West coasts in places where housing costs are high and vacancies are low.

Robert Chesnut is the general counsel of Airbnb Inc.

Battles between internet-based home rental services and state and local municipalities are heating up on the East and West coasts in places where housing costs are high and vacancies are low.

Meanwhile, in California, HomeAway.com and Airbnb have lodged new complaints against the city of Santa Monica in their mounting legal battle over bans on short-term housing rentals. On Sept. 2, both sites filed separate suits against the city of Santa Monica, which has instituted its own ban. The companies filed a joint motion for preliminary injunction, which is set to be heard on Oct. 28. Airbnb and HomeAway.com also sued the city of Anaheim, Calif., but withdrew the actions after city officials announced last month that their ban would not apply to them. California legislators also are mulling a statewide solution to appease cities that claim renters don’t pay taxes and cause complaints.

Airbnb General Counsel Rob Chesnut fired off a letter Tuesday to Cuomo, arguing that the online accommodations service believes the New York bill violates the federal Communications Decency Act as well as its free speech rights under the First Amendment and due process rights under the 14th Amendment.The measure was approved by each chamber of the New York State Legislature in June (NYLJ, June 23). It would mandate fines of up to $7,500 for repeat violations of advertising units that cannot lawfully be rented. Airbnb also told Cuomo the penalties in the bill are “draconian.”

As an example of one company’s objection to the N.Y. bill, Chestnut said the alleged due-process violation would occur because the legislation calls for penalties for violations without a requisite showing of intentional wrongdoing on the part of either apartment renters or internet platform providers.

“As this unlawful bill would impose real harm on our community, out of respect for the process and to inform your considerations, we want to formally notify the state that if it is signed into law by Governor Cuomo, Airbnb would have no choice but to immediately file suit and ask a court to declare the statute invalid,” Chesnut wrote from Airbnb’s headquarters in San Francisco.

The bill has yet to be transmitted by the Legislature to the governor, an act that would trigger a 10-day period in which Cuomo would get 10 days to sign or veto the measure. The Legislature may legally wait until the end of the year to send the bill for the governor’s consideration.

Cuomo has not indicated whether he would support or oppose the Airbnb bill. His spokesman, Rich Azzopardi, declined to comment on the threatened Airbnb lawsuit Wednesday, except to say Cuomo’s office is continuing to review the legislation.

The bill’s chief legislative sponsor, Assemblywoman Linda Rosenthal, D-Manhattan, said she hoped Cuomo would not be cowed by Airbnb’s threat.

“They are the big bully on the block, and we are standing firm,” she said Wednesday. “I am confident at the end of the day that the governor will sign this, because it’s the right thing to do.”

In general, both state and New York City laws bar units from being rented out for terms of longer than 30 days in a year, unless the hosts are living in the premises.

Rosenthal said Airbnb, HomeAway.com and other internet-based rental services are in a position to know when units being advertised on their sites by hosts are in violation of New York law. Too many temporary unit rentals to transients ruins the character of buildings designed for permanent occupancy, she said.

In June, Airbnb, represented by Munger Tolles & Olson, filed its first federal lawsuit against the city of San Francisco’s ban. HomeAway.com, represented by Davis Wright Tremaine, joined in that suit, in which both plaintiffs filed a preliminary injunction motion on Tuesday alleging the ordinance conflicts with the federal Communications Decency Act.

Last week, Airbnb Inc. and HomeAway.com Inc. filed separate suits against the city of Santa Monica, which passed one of the strictest bans on vacation rentals last year. Santa Monica imposes criminal liability and fines of up to $500 per incident against hosting sites that violate the ordinance, which prohibits rentals of 30 days or less and requires that hosts pay taxes. One rental operator who listed five unlicensed properties on Airbnb was charged with eight misdemeanor counts this year.

HomeAway and Airbnb, which collectively have paid at least $30,000 in citations to the city “under protest,” allege Santa Monica’s ordinance is preempted by the Decency Act, which prohibits holding websites liable for content provided by third parties. The suits also say the ordinance violates the First, 14th and Fourth Amendments and the Stored Communications Act by requiring disclosure of customer information without a subpoena, in violation of the U.S. Supreme Court’s decision last year in City of Los Angeles v. Patel.

Airbnb and HomeAway are seeking declaratory relief and a preliminary injunction to halt enforcement of Santa Monica’s ordinance.

@Joel Stashenko can be reached at @ [email protected] On Twitter: @JoelStashenko