Why Did Cravath Increase Associate Salaries?

In raising salaries, Cravath created a no-win situation for many Am Law 50 firms.

As the dust settles after a hectic summer of associate salary raise announcements by major law firms, many questions remain unanswered about why so many law firms decided associate pay needed to be increased.

One argument in favor of increasing salaries is that associate pay, at major firms, had not changed since January 2007, despite a significant increase in law firm profitability. As seen in the graph below, average profits per equity partner at Am Law 50 firms between 2007 and 2015 increased by half a million dollars, leading to sizeable partner pay raises. At Cravath, the firm which launched the associate pay raise frenzy, average partner pay increased by just over two hundred and fifty thousand during this period. Given that the average partner’s annual pay increased by such a large amount in the past five years, it might be reasoned that law firm partners were beginning to feel guilty about not sharing the wealth.

On the other side of the argument were strong forces pushing against increased associate pay. Among the strongest are the continued demands from clients to reduce costs and increase efficiency. ALM Intelligence estimates that the net effect of the associate pay increases announced over the past two months will add nearly $650 million in new costs for the Am Law 50 law firms. For Cravath, the increase in costs is estimated to be $11 million per year. 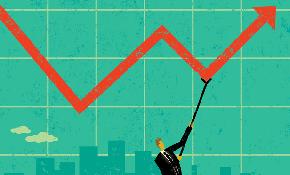