On February 26th 2020, the night before the Trust and Estates Litigation Forum, the Global Elite’s wealth dispute members gathered at The Four Seasons Marrakech to discuss the topic: “Is it a sham?”

Hosted by Anthony Poulton, Baker McKenzie and Charles Lloyd, Macfarlanes, the group debated everything from the original intention of trusts to the arguments for and against sham, including the increased use of Red Cross Trusts.

The discussion opened by referencing Professor Peter Willoughby, who has written extensively on the validity of trusts: “The trust concept has been used for more than 800 years as a mechanism to protect and conserve family wealth. However, in recent years, failure to set up trusts correctly and to administer them scrupulously has resulted in litigation.” Many agreed that there is a lot to be said here, particularly with banks and financial service institutions in recent years “flogging trusts left, right and centre.” If the sham would not have been considered as a trust in previous centuries, why are we allowing them to be now? We cannot have a legal system in favour of the presumption of legal “documents.” The standard needs to stay in place and the “trust” need to be favoured. More importantly, government institutions need to start weighing in on these “documents” and take action against them. If it is due to an evidential deficit, should tax returns be publicised, for instance, to aid revenue authorities and put an end to sham?

The rest of the discussion focused on active cases, as many members around the table are involved in cases of sham in 2020. The issue with sham trusts for wealth dispute specialists centre around determining at what point the trust becomes a sham and how it becomes a sham. For instance, you can’t turn a trust into a sham later on, if it wasn’t intended as a sham in the first place – it would be a breach of trust instead. However – if it is a sham trust to begin with, it can become a non-sham later on. A particular area where sham is prevalent is in matrimonial cases.

In order for a trust to be classed as a sham, members have had to make out certain types of conduct to raise a red flag, which is hard to do. For instance:

As we watched the sunset over the Marrakech souks in the distance, we ended our discussion focusing on the increased use of Red Cross Trusts.

If you are interested in becoming a member and sharing top tips in a relaxed setting, please contact Amy Glover on aglover@alm.com to find out more information.

Top 5 Trends In Response To Covid-19 For Private Client The Global Elite have spoken. These are the top trends that private client lawyers are dealing… 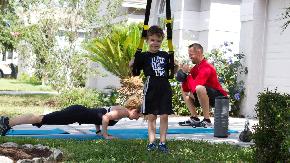 With COVID-19 wiping out our ability to go to the gym and the prospect of local parks closing in the near future for our children, ALM memberships are… 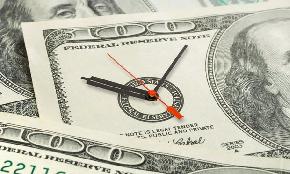 The Case for Deferring Payments to Equity Partners Now

In explaining why law firm stress tests may not give the clarity firms need in projecting future health, Hugh Simons argues saving cash now gives you options later. And it will instill partner confidence.