"This is why the LAD incentivizes civil rights lawyers to right the wrong. It would't be possible without the fee shifting," plaintiff attorney Matthew Luber said. 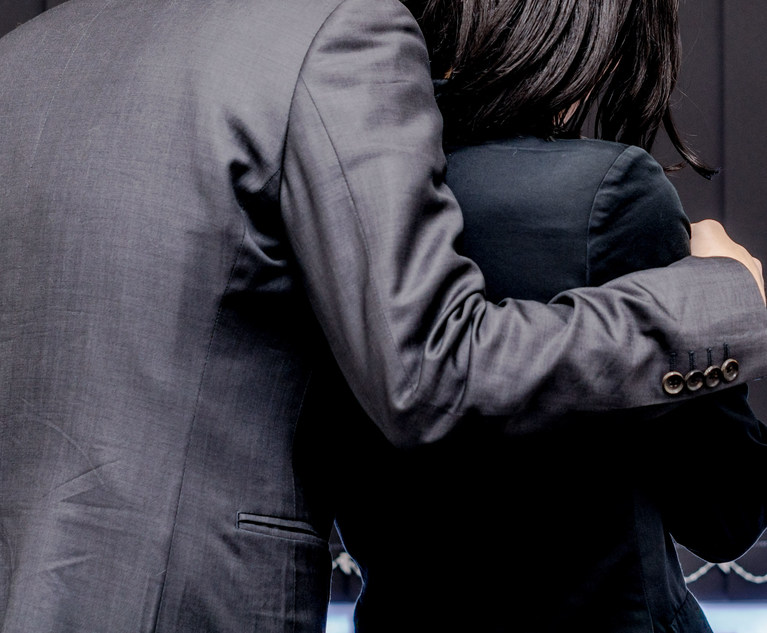 Litigation over a “job interview from hell” provides a cautionary tale about the pitfalls of failing to negotiate a small-value fee-shifting case.

The award follows an April 13 jury verdict for $31,600 to the firm’s client in a sexual harassment case stemming from a defendant who was allegedly intoxicated when interviewing her for a job.

The defendants, America Home Crafters Remodeling and its president, Thomas Jackson, offered plaintiff Christine Corbin $2,000 to settle at the outset of the case, and increased their offer to $10,000 at the start of trial, but she rejected those offers, said her attorney, Matthew Luber of McOmber, McOmber & Luber in Marlton.

The lawyer for Jackson and America Home Crafters, Ahmed Soliman of Soliman & Associates in Cherry Hill, declined to comment on the case.

Luber said the fee award caused the defendants’ exposure in the case to multiply under the fee-shifting provision of the New Jersey Law Against Discrimination because of their failure to engage in meaningful settlement talks.

“I think it’s a cautionary tale for defendants and employers that if you’re not willing to meaningfully negotiate even a case that has low value, this is the danger of taking a fee-shifting case to trial,” he said.

Luber called his client’s experience “the job interview from hell.”

When Corbin arrived at the company’s Pennsauken office for an interview in June 2020, she found Jackson’s speech was slurred, the suit said.

Jackson made odd comments about the high-heeled shoes Corbin was wearing and asked if her teenage children were breast-fed, the suit said. He soon offered her the job of administrative assistant, then poured her a glass of Crown Royal apple whisky, according to the suit. Thinking he wanted to celebrate her hiring, she drank the glass of whisky, which prompted Jackson to pour her a second glass, the suit said. Jackson then used vulgar language to suggest multiple times that he wanted to have sex with Corbin, the suit said. Concerned by Jackson’s behavior, Corbin went home.

Jackson then called Corbin multiple times, hoping to convince her not to tell anyone what happened at the two-hour interview, the suit said. Her husband spoke with Jackson, and she filed a police report about the incident. After that, Jackson sent her an email rescinding the job offer and saying she was “not the right fit for the position.”

The defense argued that Corbin was not an employee, and that an applicant can’t be harassed in a job interview, and therefore she was not entitled to damages, Luber said.

After four days of trial before Superior Court Judge Daniel Bernardin, the jury found for the plaintiff and returned an award that included $8,400 in economic damages and $22,000 for emotional distress. The fee award represented the entire amount sought by plaintiff’s counsel, said Luber.

“This case was not necessarily about high-value damages. There was something that went egregiously wrong, and we wanted to make sure this never happened again. That’s why we brought the suit,” said Luber. “This guy needed to be taught a lesson that you can’t get drunk during a job interview and make all kinds of misogynistic, sexual comments and solicit sex from her and get away with it. That’s why she brought the suit,” Luber said.

“This is why the LAD incentivizes civil rights lawyers to right the wrong. It wouldn’t be possible without the fee shifting,” Luber said.

Luber said he believed the trial was the first for a sexual harassment case in Camden County since the pandemic began.