On Sept. 9 the Justice Marie L. Garibaldi American Inn of Court for Alternative Dispute Resolution issued its ”Jeydel Award” to longtime member and past president, Suzanne M. McSorley. The award is named after Richard K. Jeydel, a founding member of the inn, and recognizes demonstrated civility, professionalism, ethics, and excellence in and service to ADR. The award was presented at the Basking Ridge Country Club. Robert E. Margulies, executive director of the inn, said McSorley is ”an unsung hero … both as a neutral and teaching other neutrals. Not only is she thoughtful as a teacher and mediator, but she also is strategic and not afraid to think outside the box.” McSorley is a partner at Stevens & Lee in Princeton handling complex commercial and construction litigation. Since 1997, McSorley has served as a New Jersey Court Rule 1:40 mediator and private mediator, as well as an arbitrator. She has also regularly taught the 40-hour basic mediator training course that the Garibaldi Inn conducts in conjunction with the New Jersey Institute for Continuing Legal Education. McSorley said: “I am deeply honored and humbled to receive this award, and I am especially touched because it comes from my peers in the ADR field. I thank the Garibaldi Inn and the Jeydel Award Committee for selecting me as this year’s recipient.” The inn is a 501(c)(3) nonprofit organization chartered under the American Inns of Court Foundation. Founded in 1998, it is named after the first female justice on the New Jersey Supreme Court, who was one of the first proponents of integrating ADR into the New Jersey court system. 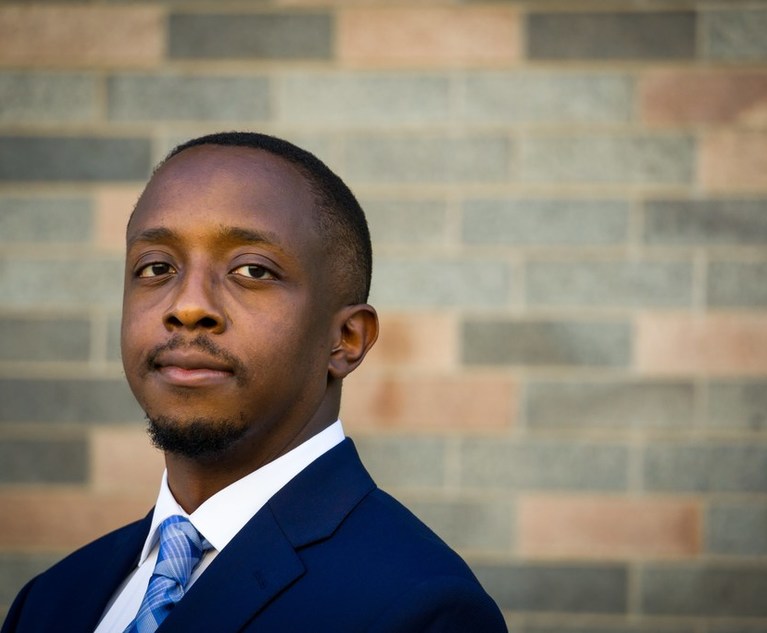 Cole Schotz in Hackensack announced that Syracuse University College of Law student Matthew Mayers received the firm’s 2021 diversity scholarship. Each year, Cole Schotz recognizes the achievements of a rising second-year, full-time law student with a one-time $5,000 scholarship. Candidates are considered based on their demonstrated commitment to advancing diversity in the legal profession, academic achievement, and involvement in community services, the firm said. Mayers, according to Cole Schotz, was inspired to pursue a law degree after witnessing firsthand the challenges residents from rural communities face when seeking health care and social services. He worked with a legal aid firm, serving as a caseworker for inmates at correctional facilities, who were diagnosed with HIV/AIDS and chronic mental health issues. He graduated from Cornell University with a B.S. in human development and earned a master of public administration in health policy. “Matthew’s strong academic record and proven commitment to underserved communities, as exemplified by his work and volunteering experience, makes him extremely well-qualified to receive this year’s diversity scholarship,” said Rab Nalavala, co-chair of the firm’s diversity committee, said in a statement. “We took particular note of his work for people diagnosed with HIV/AIDS, incarcerated individuals, as well as elderly and immigrant populations, which further demonstrated his passion for legislative advocacy, legal research, and pro bono services.”