Wong Fleming announced that, effective June 1, 2021, Joseph Marrazo was promoted to supervising attorney in the firm’s Princeton office. Marrazo joined the firm as an associate in August 2018 and “quickly distinguished himself as a thorough, creative and tenacious litigator who cares greatly about the firm’s clients,” according to a statement by the firm. Marrazo concentrates his practice in commercial litigation, creditors’ rights and bankruptcy, and is licensed to practice law in New Jersey and New York. Marrazo earned his bachelor’s degree from Rutgers University in 2013 and his J.D. from Rutgers Law School in 2017. Prior to joining Wong Fleming, he served as a law clerk in the Office of Administrative Law in Newark, assisting several administrative law judges. 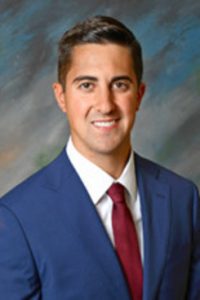 Sills Cummis & Gross in Newark announced the addition of Matthew P. Posada as an associate in the real estate department. He concentrates his practice in the areas of redevelopment and land use. He also advises private developers on financing methodologies for various projects. Prior to his career in private practice, Posada served as a judicial clerk to Hudson County Superior Court Judge Alvaro L. Iglesias. He received his J.D. from Rutgers Law School and his B.A. from Rutgers University. He is admitted to practice in New Jersey. Lawyers as Leaders: Tips to Perfect Your Leadership Style