The Appellate Division has provided for the bench and bar a detailed and valuable compendium of the criteria for determining if a motion to dismiss for lack of personal jurisdiction should be granted or denied.

The case of Kenneth Zahl v. Hiram Eastland, Jr. et al. (decided by the Appellate Division on October 22, 2020), involves a New Jersey resident who retained a Mississippi lawyer to serve as co-counsel with a New Jersey lawyer in connection with a pending New Jersey federal court suit. The Mississippi lawyer filed a motion in the federal court for admission pro hac vice. After certifying that he was familiar with the federal local rules and the New Jersey Rules of Professional Conduct and that he would comply with the requirements of the same, the federal court granted the motion. In due course, the federal suit was dismissed, and Kenneth Zahl filed a suit in the Superior Court of New Jersey alleging that Hiram Eastland committed legal malpractice and that he had overbilled in connection with what turned out to be the unsuccessful federal lawsuit. Eastland then moved to dismiss the action for lack of personal jurisdiction. The trial judge denied the motion in what Judge Messano, writing for the Appellate Division, described as a “comprehensive written opinion.” The Appellate Division affirmed. OP-ED: These lawsuits sought to disenfranchise millions of votes and to overturn the results of an election of the President of the United States. What could be more important than sending a strong message to not ever do that without basis again? 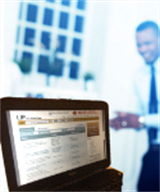 Access collections of best-selling treatises in your custom online library; our high-quality legal content is now available in the form of online reference libraries.