OPED: New Jersey’s foray into virtual Grand Juries, now in full swing, overlooks the rights of the accused to a fair and just process.

In State v. Miller, 216 N.J. 40 (2013), Associate Justice of the New Jersey Supreme Court Barry Albin lamented the plight of “an impoverished defendant, [that] was treated as just another fungible item to be shuffled along on a criminal-justice conveyor belt.” Justice Albin continued, “Miller is more than another dispositional entry on a docket sheet, more than another statistic in some inexorable, impersonal process that knows no delays for justice.” Justice Albin’s cautionary words ring true once again today as our Grand Jury system has been relegated to nothing more than a virtual intake portal for criminal cases, devoid of the constitutional protections that are supposed to be afforded to defendants, in the name of expedience. By judicial order, and without the legislative action that has directed all other aspects of the Grand Jury system, individual rights have sustained a major setback at a time when casting light upon the historical inequities in our criminal justice system is supposed to be directing progress.  New Jersey is heading backwards, fast.

Article I, Section 8 of the 1947 New Jersey State Constitution guarantees that “[n]o person shall be held to answer for a criminal offense, unless on the presentment or indictment of a grand jury[.]” Building upon that fundamental right, the Legislature has prescribed a statutory framework for virtually every conceivable facet of our Grand Jury system. Absent from that statutory framework is a means by which the State can “phone in” its constitutional duty from behind a keyboard and a computer screen. In State v. Hogan, 144 N.J. 216 (1996), the New Jersey Supreme Court held that prosecutors have a duty to present clearly exculpatory evidence to a Grand Jury when such evidence directly negates guilt. The failure to do so by the State can lead to the dismissal of an indictment. Yet, as Grand Juries go virtual, defendants’ rights are being taken away, not added.

New Jersey’s foray into virtual Grand Juries, now in full swing, overlooks the rights of the accused to a fair and just process. There are a number of characteristics of virtual Grand Juries that render them something less than what New Jersey’s constitutional framers contemplated, the Legislature has implemented, and the New Jersey Supreme Court has concluded is supposed to represent something more than a mere rubber stamp for prosecutorial action. The new six-year statute of limitations, applicable under the Fair Foreclosure Act, is a game changer. The six-year period applies to residential mortgages executed on or after April 29, 2019, and runs from the date on which the debtor defaulted. But fear not; its bark is much worse than its bite. 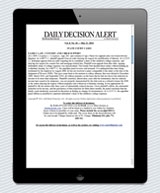