'The Alternative Was Uncertain': Many Federal Criminal Proceedings to Go Remote

One defense attorney said of clients who had participated in remote proceedings, "They could have their review done quickly and that day, or they could wait until they would be permitted to come to court."

As ways to deal with criminal proceedings during COVID-19 restrictions play out nationwide, New Jersey’s chief federal judge has issued an order providing for various types of proceedings to be conducted by video or even phone conference, a measure that one practitioner says “strikes a reasonable balance” between constitutional and health concerns.

U.S. Chief Judge Freda Wolfson’s order, dated Monday, cites provisions of the federal Coronavirus Aid, Relief, and Economic Security Act (CARE Act) passed on March 27, mainly one “authorizing the use of video and telephone conferencing, under certain circumstances and with the consent of the defendant, for various criminal case events during the course of the COVID-19 emergency[.]”

Wolfson found, “ pursuant to Section 15002(b)(1) of the CARE Act … that criminal proceedings cannot be conducted in person without seriously jeopardizing public health and safety,” the order said.

It directs that felony or juvenile pleas and sentencings may be conducted by video, or if video is unavailable, by phone, with the defendant’s consent, “if a judge in an individual case finds, for specific reasons, that any felony plea or felony sentencing, or any equivalent plea and sentencing, as well as proceedings under the Federal Juvenile Delinquency Act, cannot be further delayed without serious harm to the interests of justice[.]”

The order can remain in effect up to 90 days. It came around the same time that the Judicial Conference of the United States temporarily approved the use of remote technology in certain criminal proceedings.

Defense attorney Christopher Adams said he has had good experiences so far, and defendants are likely to opt for using the remote measures rather than wait for in-person proceedings.

“One week before the order, I had three bail review hearings held … telephonically. The system worked well and in all three circumstances the defendants consented to the remote system because the alternative was uncertain,” said Adams, the criminal practice chairman at Greenbaum Rowe Smith & Davis and a former president of the Association of Criminal Defense Lawyers of New Jersey, in an email Thursday.

“They could have their review done quickly and that day, or they could wait until they would be permitted to come to court. Of course there are constitutional issues at stake, but there are also public health/life and death decisions at stake and Judge Wolfson’s order strikes a reasonable balance between the two,” Adams added.

Another defense attorney, John Azzarello, said in a Thursday email, “I anticipate filing a bail application tomorrow and expect it should be heard sometime early next week or certainly by the end of the week.”

“I assume the parties will encounter a few glitches here and there as they begin the implementation of the system for the first time in history of the court. I think it is realistic to expect a few bumps in the road as this protocol gets off the ground,” added Azzarello, of Whipple Azzarello in Morristown, the ACDL-NJ’s current president.

He added that Wolfson and court administration “should be commended for establishing protocols and identifying available technology that will allow the vast majority of criminal case proceedings to move forward including pleas and sentencings,” and “the federal judiciary has done an excellent job of creating a virtual courtroom process that will allow defendants continued access to the courts to pursue relief while simultaneously considering the health, safety and welfare of everyone involved in the court system including offenders, lawyers, judges, law clerks, courtroom staff, court security officers and U.S. Marshals.”

A dispute over whether certain criminal proceedings may be conducted remotely recently played out in the U.S. District Court for the District of Columbia in the case of Charles Hall, who was facing a sentencing postponement until May when a clinic team from Georgetown Law Center filed a memorandum with the court seeking to waive his physical appearance at the hearing, the National Law Journal, a sibling publication, reported. Hall sought to avoid the delay largely because he was likely to be released based on time already served at a federal prison in Loretto, Pennsylvania, the report noted. Chief Judge Beryl Howell ultimately allowed the hearing to be conducted remotely and sentenced Hall to time served and three years of supervised release.

David Gialanella, Bureau Chief, has been with the New Jersey Law Journal since 2010, covering business of law, litigation, legislation and various other topics. In his current role, he is responsible for the Law Journal's print and web products. Reach him at dgialanella@alm.com. 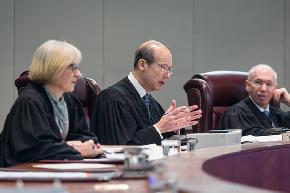 It's the second major directive by the court in a few days' time intended to keep New Jersey’s courts functioning amid the coronavirus outbreak. 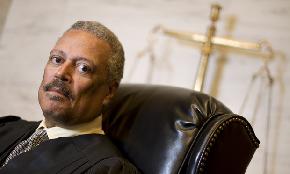 Appropriate to Appoint an Amicus in the Flynn Case

The decision to appoint an amicus is a proper exercise of a judge’s work as independent finder of fact and law in our adversary system. 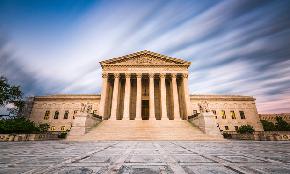 We point out that it is now settled as a result of the landmark opinion in 'Apprendi' and its progeny that an aggravating factor or factors permitting the death penalty must be found by a jury.