'McCoy v. Louisiana': Whose Case Is It Anyway?

Steven Zeidman writes: In 'McCoy', the Supreme Court must decide whether it is unconstitutional for defense counsel to concede a client’s guilt over his express objection.

Robert McCoy repeatedly told his lawyer that he was innocent of the murders of the mother, stepfather and son of his estranged wife, and yet defense counsel told the jury “[T]here is no way reasonably possible that you can listen to the evidence in this case and not come to any other conclusion than Robert McCoy was the cause of these individuals’ deaths.” McCoy was convicted and sentenced to death. Now the Supreme Court must decide whether it is unconstitutional for defense counsel to concede a client’s guilt over his express objection.

On the face of it, most people, lawyers and non-lawyers alike, will see this as an easy call. Surely, a lawyer cannot tell the jury his client is guilty when his client has told him, indeed has insisted, that he is innocent. 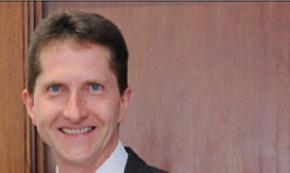 Christopher Ryan, former assistant DA and chief of violent criminal enterprises at the Manhattan DA Office, intends to continue his work on enterprise security and gun safety while at K2 Intelligence.