Critics said Cuomo’s nominee could endanger criminal justice reforms. Senate Democratic lawmakers who stressed her heritage and Long Island roots made sure she secured her a seat on New York’s top court.

When Madeline Singas was announced as the nominee for an open state Court of Appeals seat two months ago, criminal defense attorneys were enraged. Court watchers lambasted her experience. Appellate lawyers lamented, describing her as a lackluster pick.

But even before Singas was named as the final candidate, a group of Democratic lawmakers were already pushing for her behind the scenes. 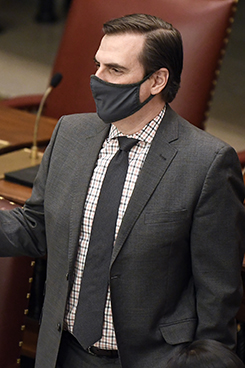