With the motion denied, it's likely the Chapter 11 liquidation plan for The Weinstein Co. Holdings as laid out in bankruptcy court will now move forward, as the four appellants were the only parties to object to the plan.

By Ellen Bardash | March 17, 2021 at 06:20 PM | The original version of this story was published on Delaware Business Court Insider
X

A District of Delaware judge ruled Tuesday not to grant a motion that would have stayed a liquidation plan setting aside $17 million to settle with those who have claimed sexual misconduct by Harvey Weinstein.

With the motion denied, it’s likely the Chapter 11 liquidation plan for The Weinstein Co. Holdings as laid out in bankruptcy court will now move forward, as the four appellants were the only parties to object to the plan.

This premium content is locked for
New York Law Journal subscribers only. 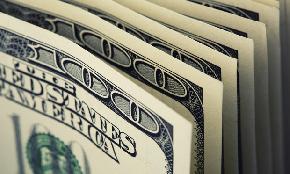