Tackling 'In Terrorem' Clauses in Trusts and Wills

Recent developments in the use and enforceability of in terrorem clauses in New York, including tips on what practitioners can do to boost their enforceability.

In terrorem clauses routinely are included in wills and trusts to guard against attacks by disgruntled beneficiaries. Their enforceability, however, depends on the governing jurisdiction. Many states will not enforce such clauses if the beneficiary had “probable cause” or acted in good faith in initiating proceedings, (e.g. California, Connecticut, Iowa, Kansas, Minnesota, North Carolina, Oklahoma, Oregon, Pennsylvania, South Carolina and Wisconsin. Alaska will not enforce such clauses in wills if probable cause exists, but will enforce them in trusts even if probable cause exists), or if probable cause on grounds such as fraud, lack of capacity, mistake or validity exists (e.g. Mississippi, New Hampshire, Oregon and South Carolina.). 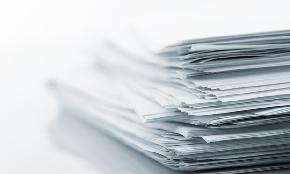 What To Do When You Get a Subpoena

In anticipation of expected COVID-19-related fraud and other investigations, it is critical for counsel to know how best to respond to subpoenas and other information requests from local and state entities. SPACs Could Become Formidable Bidders in the M&A Market

How the combination of forward purchase commitments by SPAC sponsors, increases in the size of many SPACs and evolution in SPAC structures may make SPAC’s a more formidable bidder for many opportunities that may have been out of reach in the past.