Donziger “has been found guilty of egregious professional misconduct” in connection with the Ecuadorian environmental lawsuit he led as an attorney against Chevron, said the Appellate Division, First Department on Thursday while disbarring him.

Steven Donziger, the environmental lawyer known for his multibillion-dollar battle with Chevron over its Ecuadorian oil field in the Amazon, on Thursday was disbarred.

In a firmly worded opinion, the Appellate Division, First Department ruled that Donziger is disbarred in New York state, retroactive to his July 10, 2018, suspension from the practice of law handed down by the First Department. In its per curiam opinion, the appeals court not only cited Donziger’s “egregious professional misconduct” connected to the environmental litigation he brought against Chevron in Ecuador, which by 2011 led to an $8.6 billion judgment against the massive energy company, but the Manhattan-based justices also sharply criticized a court-appointed referee in the disciplinary matter who in February 2020 recommended that Donziger’s suspension be lifted and he be allowed to practice law again. 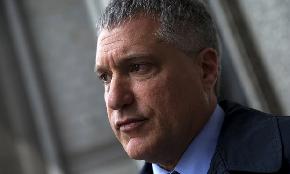 'It Should Concern Every Lawyer': Firing Back After Disbarment, Steven Donziger Vows to Appeal

“This is a tremendous miscarriage of justice,” Donziger said during an interview. “The acts on which my disbarment are based are false.”