In this edition of his Civil Rights and Civil Liberties column, Christopher Dunn discusses the federal presence and federal officers in Portland, Orgeon and how their presence prompted three lawsuits, one from the state of Oregon, one from a group of journalists and legal observers.

Last week’s agreement between federal officials and Oregon governor Kate Brown calling for the withdrawal of federal officers from Portland marked a welcome de-escalation of the Trump administration’s bellicose response to the ongoing protests over the police murder of George Floyd. President Donald Trump’s deployment of heavily armed and often unidentifiable officers from the U.S. Department of Homeland Security had created a crisis on the streets of Portland, with the protests swelling in response to the federal presence and federal officers resorting to tactics that seriously injured protesters, journalists and bystanders. Ominously, the deployment appeared to be part of the president’s re-election campaign strategy, and he threatened similar deployments to other localities, including New York City. 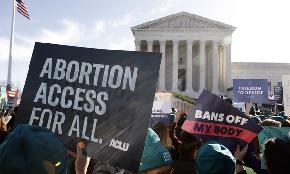 The legal wrangling presents a fresh opportunity for courts to resolve how to interpret Supreme Court "plurality" decisions. Suffolk County on Long Island has been an outlier among downstate New York counties with 170 orders in the year since the law went into effect in August 2019. Debevoise Associate: NYC Should Dismiss Curfew Charges Against Peaceful Protesters Like Me

Justin Maffett, who was charged with violating an emergency order while protesting after George Floyd's death, writes that "it does not take a law degree" to realize dismissal is in the interest of justice.