If Chief Justice John Roberts wants to rebuild faith in the institution he proudly defends, he cannot continue hiding behind unsigned orders, especially when those orders carry partisan implications.

By Dylan Hosmer-Quint | July 29, 2020 at 01:06 PM | The original version of this story was published on The National Law Journal
X

When the U.S. Supreme Court closed out its term earlier this month, many liberals breathed a sigh of relief. The conservative majority, in its first full term featuring two appointees of President Donald Trump, delivered wins to both sides, raising speculation that the historically conservative Chief Justice John Roberts had shifted to the center. 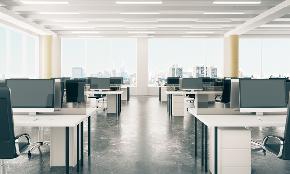 'It Will Never Be the Same': Why Greenberg Traurig's Co-President Wants to Get Back to the Office

There are benefits to remote work, Brad D. Kaufman writes, but too much is lost when we don't work in-person together. FINRA Lifetime Bans Come Into Question Before the DC Circuit

Depending on how the court rules this month, we may see fewer bans as FINRA becomes more selective about when to pursue this severe sanction. Modern-day slavery is a tragic reality in many parts of the world. As their size, wealth and influence grow, global corporations can be a powerful force to effect change along their supply chains to eradicate this scourge.