We will likely never see a gut-wrenching video of a prosecutor doing physical harm to a black defendant in court, but prosecutors occupy a critical role in the perpetuation of a system that so disproportionately impacts and imprisons the black community.

As legislators and the public discuss the proper scope of immunity for those engaged in policing, and much needed reforms, it is critical that we focus also on the interwoven issue of prosecutorial conduct. It may be less compelling in some respects; we will likely never see a gut-wrenching video of a prosecutor doing physical harm to a black defendant in court. But  prosecutors occupy a critical role in the perpetuation of a system that so disproportionately impacts and imprisons the black community. (Black People Are Charged at a Higher Rate than Whites, New York Times, June 12, 2019; NAACP Criminal Justice Fact Sheet). While statistics abound concerning both prosecutions and incarceration of minorities, a walk down the hall of any criminal court tells the story: the courtrooms are overflowing with young black men, aided only by overworked public defenders, who all too often are persuaded that a plea to a minor offense is their best option, not appreciating that they are permanently soiling their records and eliminating opportunities for employment. Prosecutors serve as both gatekeepers and sovereigns in this criminal justice system, determining whether and to what extent an individual is actually charged, and the resolution that will be available to him or her. There are, at this moment, substantial efforts to ensure that police are held accountable for misconduct. (Sibila, New Bill Would Abolish Qualified Immunity, Forbes.com, June 3). Judges across the country have issued highly unusual statements seeking to grapple with the extent to which they are “part of the problem.” (Justices Grapple With Injustice, New York Times editorial, June 18). But attention should also be paid to the active and passive role of prosecutors in the racial inequities that plague the system because only if prosecutors become part of the solution can there be any meaningful progress on these issues.

The role occupied by prosecutors, and the need for reform, covers a broad swath of issues. We have known for some time that prosecutorial misconduct has been a contributing factor in wrongful convictions, and there have been calls to end the prosecutor’s “cloak of absolute immunity” (Block, Fredric, Let’s Put An End to Prosecutorial Immunity, March 3, 2018; Fritz and Lanciault, Prosecutorial Immunity: The Debate Reignited, NYLJ, March 29, 2019). Last March, Governor Andrew Cuomo signed into law the bill establishing a Commission on Prosecutorial Conduct but that effort was short lived. An association of district attorneys sued to prevent the implementation of the commission and in January, a New York judge declared the law unconstitutional (New York Court Rules Prosecutorial Misconduct Commission Unconstitutional, Wall Street Journal, Jan. 28). The court held that “it was clearly permissible for the Legislature to create a special investigatory body for prosecutors,” to ensure “that any prosecution that is undertaken is conducted free from misconduct—safeguards that are within the purview of the Legislature to create.” Nonetheless, the court found that the creation of “an entirely separate avenue of appellate review from that created by the constitution is both impermissible under, and inimical to, the constitutional framework.” According to published reports, it is not clear if efforts presently continue to refashion a commission that would pass muster (New York Prosecutor Watchdog at Crossroads, Law 360, Feb. 9) . 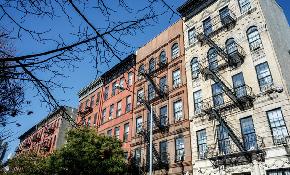 Article Misses the Mark on 'Regina'

A recent article purports to analyze the Court of Appeals' holding in 'Regina Metro Co. LLC v. New York State Div. of Housing & Community Renewal', and concludes that the “default formula” is only available when a tenant successfully establishes that the base date rent is the result of a “complete fabricated event.” The article is both misleading and errant. 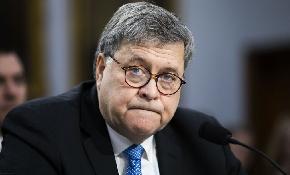 The role of the Attorney General is to uphold the rule of law, to represent the best interests of the United States, and to pursue justice. He or she is the chief attorney for our country, not the attorney for the office of the presidency or for any particular president. In the wake of an historic wave of protests, sparked by the death of George Floyd, New York became one of the first states to enact an expansive package of police reform bills, in his Criminal Law and Procedure column Barry Kamins discusses these bills and how they will affect the police department.