The Perils of Prenups: Part I

Asking for (read: demanding) a prenuptial agreement creates significant risk to the pending nuptials and, for many, provides no real benefit while simultaneously creating substantial risk. 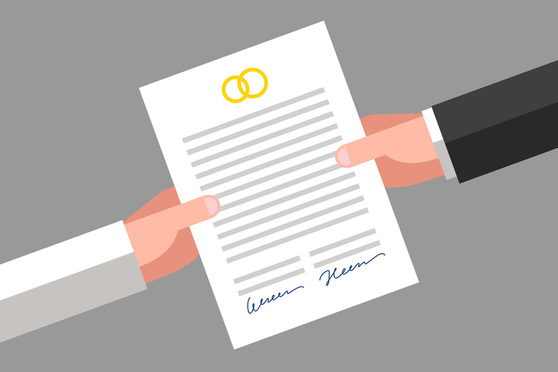 Prenuptial agreements are gaining in popularity even, according to one source, at a fivefold increase, despite the fact that almost two-thirds of those surveyed believe that a prenup would weaken their relationship and likely increase their chances for divorce.

Indeed asking for (read: demanding) a prenuptial agreement creates significant risk to the pending nuptials and, for many, provides no real benefit while simultaneously creating substantial risk. Although there are situations (outlined in Part II of this series) in which an agreement’s benefits outweigh its psycho-social risks, asking for one should never be a mere casual decision. Its costs are too high. Moreover, like a self-fulfilling prophecy, the prenup might itself plant the seed for exactly that outcome that the parties fear the most—a divorce!

The Evolving Landscape of No-Contest Clauses in Trust Instruments

The authors discuss their opinion that with the ever-increasing use of inter vivos trusts, the time has come for EPTL 3-3.5 to be amended to include safe harbor provisions that apply to both wills and trusts.

This article discusses the requirements under New York law governing provisions in employment agreements that restrict an employee’s ability to compete.