A plaintiff developer commenced an action against a town, it’s town board, town planning board and numerous public officials. The developer asserted claims based on the Fair Housing Act, 42 U.S.C. §3601 et seq. (FHA), as well as 42 U.S.C. §§1981, 1982, 1983, and 2000d, the 5th and 14th Amendments of the U.S. Constitution and the NYS Human Rights Law (NYSHRL). The developer claimed that the defendants acted unlawfully by “disallowing, delaying,…and otherwise interfering with plaintiff’s attempt to construct a housing development” (development). The defendants had moved to dismiss the complaint pursuant to FRCP 12(b)(1) for lack of subject matter jurisdiction and FRCP 12(b)(6) for failure to state a claim upon which relief can be granted. The court granted the motion to dismiss and all claims were dismissed.

In 2006, the town board granted the developer’s application to rezone its property from a business zone to a residential zone. The rezoning was conditioned on restrictive covenants which required that the developer build only condominiums, and the developer connect to an off-site sanitary treatment plant (STP). The subject residential zone generally allowed rental properties as a matter of right. The developer alleged that connection to the STP became “impossible,” based on the town’s and local school district’s “refusal to grant a required easement and the town’s subsequent approval of a project that utilized the remaining compacity” of the only viable off-site STP. In 2014, the developer filed an application with the town board to eliminate the covenants (application). 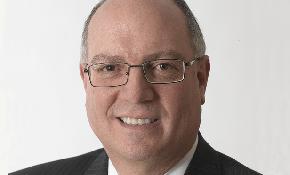 What’s the Use of Applying for Use Variances?

Although use variances are recognized under New York law, courts rarely uphold decisions to grant them – and rarely reverse decisions denying them. Property owners should carefully weigh the costs of applying for a use variance against the high probability that they ultimately may not be successful.