In his Realty Law Digest, Scott E. Mollen discusses “Fresh Air for the Eastside Inc. v. Waste Management of New York,” where the plaintiffs plausibly alleged that a landfill’s emissions were more than a mere annoyance; and “Garrasi v. Selene Finance,” where a borrowers’ assignee was found not to be a “borrower” for purposes of standing to bring a RESPA claim.

Plaintiffs commenced an action against a waste management company (WM) and New York City (NYC), alleging violations of the Resource Conservation and Recovery Act (RCRA), the Clean Air Act (CAA) and common law obligations arising from WM’s operation of a landfill and NYC’s agreement with WM (NYC Contract) to ship “hundreds of thousands of tons of municipal waste” (MSW) to the landfill each year for 30 years. WM and NYC had moved to dismiss an amended complaint. WM’s motion to dismiss was granted as to claims for private nuisance and trespass, but was otherwise denied and NYC’s motion to dismiss was denied.

Plaintiffs alleged that the landfill’s operations “prevented the quiet use and enjoyment of their property by emitting noxious odors and excess fugitive emissions, creating an environment conducive for the spread of vector species, and causing noise and tremors.” The plaintiffs cited “increased populations of rats, mice, and flies within…nearby properties.” Plaintiffs asserted that several landowners were considering selling their homes, some had done so and others “sought mental health counseling.” 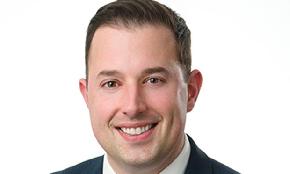