In this Corporate Crime column, Steven M. Witzel and Renee E. Turner provide an overview of the college admissions scandal; the sentencing issues faced by the various groups of defendants; the bellwether Vandemoer sentencing and its implications; and the arguments for severe sentences as well as for leniency.

Perhaps the case most discussed this year around the nation’s proverbial water cooler has been the infamous college admissions scandal “Operation Varsity Blues.” In March 2019, 51 defendants were charged in Massachusetts federal court with a variety of criminal offenses, and assigned to seven judges. As this column goes to press, 28 have pleaded not guilty and 23 have pleaded guilty. No trial dates have been scheduled, but sentencing dates for all but one of the convicted defendants have been scheduled over the next few months.

The first (and only) defendant to be sentenced was John Vandemoer, a former Stanford University sailing coach. Vandemoer signed a plea agreement with sentencing guidelines of 33 to 41 months’ imprisonment wherein the government agreed to recommend an 18-month sentence; in its sentencing memorandum, the government asked for a 13-month sentence. Instead, Vandemoer avoided jail altogether, receiving six months of home confinement, and a “time served” sentence of one day. The outcome was understandably seen as a setback for the prosecution and a cause for optimism for the rest of the defendants. In his Medical Malpractice Defense column, John L.A. Lyddane discusses the current effort before the Legislature to modify the New York State approach to the “speaking agent” exception to the exclusion of hearsay at trial, writing that "the change would affect the adjudication of medical malpractice claims and is of particular concern to any health care organization whose employees render medical care in the course of their employment." 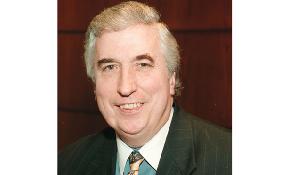 Law Firm Mergers and Acquisitions: How They Are Reshaping the American Law Firm

In this edition of his Corporate Securities column, John C. Coffee Jr. examines law firm merger trends, particularly how the old order is changing; the forces that appear to be driving law firm mergers; why some firms have remained aloof and distant from this process; and the hidden impact on equality within the firm.