Freedom or Life: Does a Living Will Truly Serve Its Creator?

Considering that living wills are acknowledged in every jurisdiction in the United States and that medical care providers are generally held to a strict duty to comply with their provisions, it seems contradictory that one’s stated wishes may not always be followed. This article will provide an overview of the situations where one’s living will may not serve its maker, while analyzing various relevant state laws. 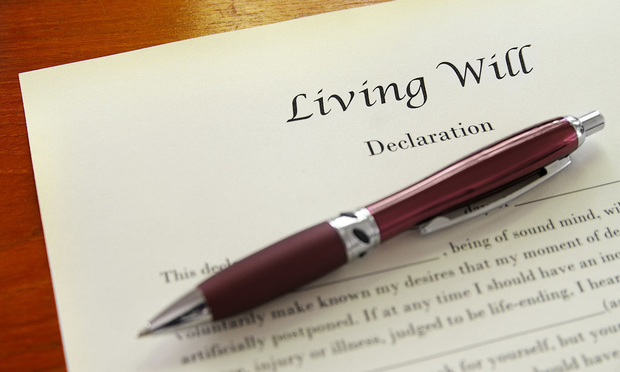 During the 20th century, medical science advanced to the point where it could enable doctors to extend life that under many circumstances had formerly been fatal. Should You Consider A Living Will?, FindLaw. Today, many of these treatments not only significantly extend life, but they even enable patients to remain attentive and active. However, many of these patients are in a “persistent vegetative state,” awake, yet completely unaware. Dilling, Diagnostic Criteria for Persistent Vegetative State, AMA J. of Ethics (May 2007). Although such individuals may appear normal, they are unable to speak or respond to commands. Nat’l Inst. of Neurological Disorders and Stroke, Coma and Persistent Vegetative State, Brainline (March 11, 2009). In such situations, relatives may, for various reasons, urge hospitals to remove the life-prolonging technology. Meanwhile, doctors may be reluctant to remove such equipment for religious reasons. Kathrina Jeorgette Flores, End-of-Life Care and the Physician-Assisted Suicide Debate, Physicians Practice (July 1, 2016). Additionally, courts have a vested interest as well in whether the life-saving technology for patients in persistent vegetative states may be removed. In Cruzan, 497 U.S. 261, 278-80 (1990), the Supreme Court of the United States held that a state could constitutionally require that an incompetent person’s wishes regarding the withdrawal of life-sustaining medical treatment be proven by clear and convincing evidence. The court further found that a living will constitutes such evidence.

A living will is a document in which one, in sound state of mind, writes what measures he does or does not want used to extend his life when he is dying. Saunders v. State, 492 N.Y.S.2d 510, 511 (Sup. Ct. 1985). The purpose of such a document is to make vital health care decisions at a time when one is still competent to make them. Should You Consider A Living Will?, supra. That way, if one is struck with an unexpected disease or sustains a terrible injury that leaves him unable to communicate his wishes, he can feel reassured that his medical treatment preferences will be met. Saunders, 492 N.Y.S.2d at 511. As unanticipated accidents can occur to anyone at any age, experts feel it is imperative for one to make his wishes known. Id. Copyright Law columnists Robert J. Bernstein and Robert W. Clarida discuss the Ninth Circuit's recent decision in 'Dr. Seuss Enterprises, L.P. v. ComicMix', in which the court held that ComicMix’s illustrated book combining elements of several Dr. Seuss children’s books with characters, themes and other features of the popular sci-fi series Star Trek was not a fair use of the Seuss material from which it had admittedly been “slavishly” copied.