It was the second time that a judge has hit Crocker Coulson, who is locked in a bitter divorce with Anne Resnik in state court, with spoliation sanctions for destroying evidence of bugging Resnik’s phone.

A federal judge has levied sanctions on a tobacco heiress’ estranged husband for destroying evidence related to spyware that he secretly installed on his wife’s phone and used to listen in on her calls, including conversations she had with her attorney.

It was the second time that a judge has hit Crocker Coulson, who is locked in a bitter divorce with Anne Resnik in state court, with spoliation sanctions for destroying evidence of bugging Resnik’s phone.

Last year, Brooklyn Supreme Court Justice Jeffrey Sunshine, who presides over the divorce, struck Coulson’s pleadings regarding any financial relief other than child support after it was found that Coulson used spyware to listen in on conversations that Resnik had with her divorce attorney, as well as track her movements, and that Coulson purchased software that could help him cover his digital tracks. 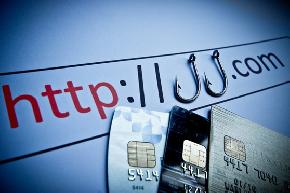 Over the last six years, Business Email Compromise (BEC) attacks have cost global businesses over $12.5 billion with victims not only in all 50 states, but 150 countries around the world.