"The administration didn't go after the problem with little scissors, but really with something more like the big, beautiful gold scissors … to cut red tape,” Neomi Rao, the Trump administration's regulatory czar, said.

Speaking at the Brookings Institution in Washington, Rao, administrator of the Office of Information and Regulatory Affairs, noted Friday that Trump’s “ambitious” executive orders issued last year calling for agencies to knock out two regulations for every new one and to impose zero regulatory cost in 2017, have worked. 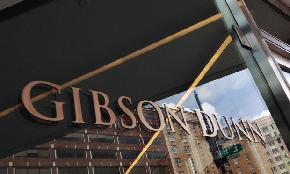 A team from Gibson Dunn fought the CFPB in the D.C. Circuit—and now they're in the Fifth Circuit challenging the agency's single-director design. Will one of these cases reach the U.S. Supreme Court?