When it comes to Supreme Court law clerks, it's Harvard and Yale—and then everyone else. This chart ranks the top 15 law school feeders from 2005 to 2017. Go deeper for a justice-by-justice view.

Based on the National Law Journal’s analysis of clerk hires from 2005 to 2017, 50 percent of all Supreme Court law clerks in the past 13 years graduated from either Harvard or Yale, compared to 40 percent in a similar study 20 years ago.

While alumni and professors of No. 3 Stanford University are quick to point out that Harvard’s law school has about three times as many students as Stanford, by the numbers, it’s still Harvard, Yale and then everyone else. 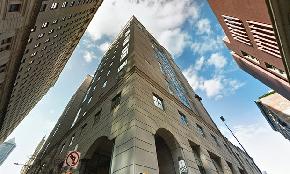 Data Snapshot: What Criminal Justice Reform Looks Like for One Court

As a national debate moves forward about how to confront the issue, we look at how policy changes by a reformist district attorney are shifting the day-to-day operations of Philadelphia court.