U.S. Attorney General Jeff Sessions overcame reluctance among top lawyers under his command and pushed forward last week in the U.S. Supreme Court to support a Colorado baker who refused on religious grounds to make a wedding cake for a same-sex couple, according to lawyers with knowledge of the U.S. Justice Department's decision. While it is rare for any U.S. attorney general to countermand the recommendation of the solicitor general, such an action is within the power of the office. The Justice Department disputed that there was any disagreement over the participation of the United States as a friend-of-the-court in the case.

Senior lawyers in the civil and civil rights divisions and within the U.S. solicitor general’s office said the department should not take a position in the case, the sources told The National Law Journal.

Acting Solicitor General Jeffrey Wall, the Justice Department’s top appellate lawyer, filed the amicus brief for the United States on Sept. 7 in Masterpiece Cakeshop v. Colorado Civil Rights Commission, likely one of the most contentious cases of the new term. While it is rare for any U.S. attorney general to countermand the recommendation of the solicitor general, such an action is within the power of the office.

Wall and other current Justice Department lawyers declined to comment about the government’s decision to file the brief. A Justice Department spokeswoman, Sarah Isgur Flores, disputed that there was any conflict over the participation of the United States in the case.

“Your information isn’t accurate. The department has filed a powerful and well-reasoned brief, which was signed by political leadership and career attorneys in all three components,” Flores said in an email. “The Civil Rights Division, Civil Division, and Solicitor General’s Office all agreed on filing the brief.”

In the high court, the baker, Jack Phillips, argues that applying Colorado’s anti-discrimination law to him violated free speech and free exercise of religion. The government’s brief contends Phillips—as a cake “artist”—cannot be compelled under the First Amendment to create something against his personal beliefs.

Wall was the lead attorney among what former Justice Department lawyers said was an unusually large group of attorneys—eight in all—whose names appeared on the cover of the court filing. Chad Readler, acting head of the civil division, and John Gore, acting head of the civil rights division, also were on the brief. Noel Francisco, the Trump administration’s pick for U.S. solicitor general, did not appear on the brief. He has been sidelined from that leadership role while his nomination is pending in the U.S. Senate.

Absent from the government’s Masterpiece Cakeshop brief was any career deputy solicitor general, whose name routinely appears on amicus and merits filings from the Justice Department. Goodspeed, who joined the Justice Department in April from Hogan Lovells, was the only member of the solicitor general’s office, besides Wall, on the government’s brief.

One factor contributing to a reluctance to file in the case might have been the lack of a strong federal interest, according to former Justice Department lawyers who have read the brief but are not involved in the case.

Masterpiece Cakeshop involves a Colorado state court’s interpretation and application of a state anti-discrimination law. One of the friend-of-the-court lawyers who is backing Phillips, Richard Garnett of Notre Dame Law School, said the Justice Department over time has been increasingly “weighing in on cases that are seen as important or of significant public interest, whether or not there is an actual federal interest in the question presented.”

The Justice Department, for instance, under former Attorney General Eric Holder Jr., last year jumped into the case Whole Woman’s Health v. Hellerstedt to support a Texas abortion clinic’s challenge to a state law restricting clinic operations. The department’s position was not pro-government but an argument to limit government power.

Another factor weighing against the Justice Department’s participation in Masterpiece Cakeshop is the fact the baker is seeking a First Amendment exception to an anti-discrimination law. The Justice Department, charged with enforcing federal anti-discrimination laws, would not eagerly pursue exceptions to those laws, appellate lawyers said in interviews.

Those factors, some legal scholars said in interviews, could explain why the department’s brief is narrow and not a full-throated defense of Phillips. The government’s brief emphasized only the First Amendment claim. It did not pursue or defend Phillips’ religion claims.

“Weddings are sacred rites in the religious realm and profoundly symbolic ceremonies in the secular one,” Wall and the team of DOJ lawyers wrote in the brief. “When Phillips designs and creates a custom wedding cake for a specific couple and a specific wedding, he plays an active role in enabling that ritual, and he associates himself with the celebratory message conveyed.”

Some former Justice Department lawyers said one reason the United States might want to file a brief, despite believing the government should not participate in a case, is from any concern the justices might rule more broadly than the government would like.

The Justice Department’s brief in the Colorado case attempted to limit the reach of any ruling by identifying a number of examples—such as race—in which the First Amendment would not trump a state’s anti-discrimination law. Still, court scholars said any Supreme Court adoption of the government’s argument could “let the genie out of the bottle” and threaten a host of federal anti-discrimination laws.

A Shift at Main Justice

Sessions’ support for the filing in the high court case may reflect the Trump administration’s close relationship with conservative religious leaders and move away from the Obama-era Justice Department’s broad support for gay rights. Sessions in July delivered remarks, in a closed-door setting, to the conservative group Alliance Defending Freedom, whose attorneys represent the Colorado baker in the Supreme Court.

The Justice Department told a federal appeals court in July that sexual orientation workplace discrimination is not protected under federal civil rights laws. The Trump administration in February rescinded Obama-era guidance that said transgender students should be allowed to use the restroom associated with their identity.

The New York Times, reporting on the Justice Department’s new push to support conservative social causes, said several senior lawyers at DOJ either retired or quit in opposition to participation in those matters.

The solicitor general has the authority by law to make decisions about the filing of amicus briefs in the Supreme Court and in federal appeals courts. That authority is delegated by the attorney general, who may countermand any decision. In the Masterpiece Cakeshop case, given the high visibility of the dispute, several lawyers said it’s almost certain Wall and Sessions would have discussed whether the Justice Department should assert its voice in the dispute.

There is precedent for circumstances where an attorney general and solicitor general did not agree on whether the Justice Department should participate in a case. 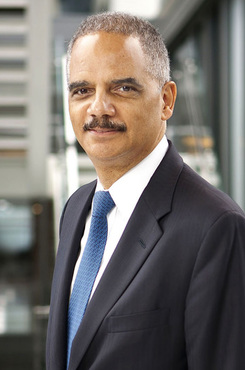 In 2013, Holder overruled the recommendation of Solicitor General Donald Verrilli Jr. in a dispute over a Guantánamo Bay detainee. In that case, in the U.S. Court of Appeals for the D.C. Circuit, Verrilli and the chief prosecutor of the military commissions system had wanted to drop the government’s defense of a military commission’s conviction of a Guantánamo Bay prisoner. Verrilli reasoned that the appeals court had rejected the same legal arguments just months before in another case.

The White House itself may intervene to make the decision on whether to take a position and what the position should be. President George W. Bush decided both questions in 2003 in an affirmative action case in the U.S. Supreme Court that involved the University of Michigan. He rejected then-Solicitor General Theodore Olson’s strong recommendation to oppose all racial preferences to achieve diversity in higher education. The final brief narrowly opposed what it said were “quotas” used by the university.

Being overruled by the attorney general is “pretty unusual,” said former Clinton administration Solicitor General Seth Waxman of Wilmer Cutler Pickering Hale and Dorr. “But a lot depends on personalities and competencies,” he said. “When Robert Jackson was attorney general [after serving as solicitor general], I imagine he had lots of say.”

In a 2000 interview with The American Lawyer, Waxman described the sometimes sensitive role the solicitor general plays within the executive branch. Every solicitor general, Waxman said, must define his own relationship with the attorney general and with the president.

“Historically, presidents and attorney generals have recognized the vital institutional importance of according the solicitor general a very large measure of independence in evaluating and acting upon the interests of the United States in litigation, particularly litigation before the Supreme Court,” Waxman said. “That recognition has served all three branches of government in very good stead.”


Long Island Law Firm with offices in Hauppauge and Garden City seeking associate with 2-5 years experience concentrating in the areas of ma...