The House of Representatives, alleging an unconstitutional infringement on its appropriation powers, can sue the Obama administration over Affordable Care Act spending, a federal judge in Washington, ruled on Wednesday. The court did not rule on the merits of the case. 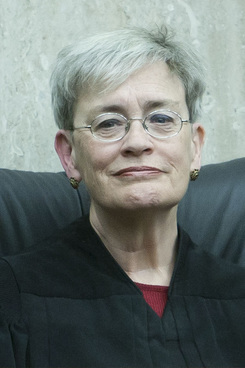 Though her ruling that the House has standing to sue is “[w]ithout the benefit of fully-applicable precedent,” Collyer (left) concluded the decision, with its potentially far-reaching effects in disputes between the political branches, “will open no floodgates, as it is inherently limited by the extraordinary facts of which it was born.”

Collyer rejected the House’s standing to sue over its additional claims against the Treasury Department’s one-year delay of the Affordable Care Act’s employer mandate. The “employer-mandate theory is fundamentally a statutory argument” that would not result in any vindication of Congress’s constitutional powers, Collyer ruled.

David Rivkin of Baker Hostetler had originally signed on to represent the House, but he quit in September amid an issue with the House contract, which said outside counsel could not lobby or advocate on issues tied to the health care law. Quinn Emanuel’s Bill Burck stepped away from the case in October.

The House filed its suit in November after hiring George Washington University Law School professor Jonathan Turley to serve as outside counsel.

“Securing this decision means that the fundamental questions raised by the Administration’s actions will be resolved by the courts and not simply the court of public opinion,” Turley wrote in a statement on his blog after Wednesday’s ruling. “The system as a whole will be benefited by clarifying the respective powers of the branches.”

Boehner said in a statement: “The president’s unilateral change to ObamaCare was unprecedented and outside the powers granted to his office under our Constitution. I am grateful to the Court for ruling that this historic overreach can be challenged by the coequal branch of government with the sole power to create or change the law. The House will continue our effort to ensure the separation of powers in our democratic system remains clear, as the Framers intended.”

The ruling in House of Representatives v. Burwell is posted below.