How a Gun Differs From Kielbasa: A Seventh Circuit Explainer

Kielbasa stashed in a robber's pocket and aimed at a victim might bear some resemblance to the barrel of a pistol. But Judge Frank Easterbrook of the U.S. Court of Appeals for the Seventh Circuit on Monday drew a distinction between bank robberies that involve actual guns and those that involve harmless objects thought to be guns—for example, sausage. 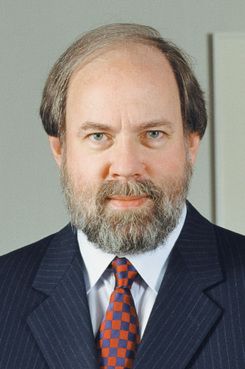 Judge Frank Easterbrook (left), writing for the majority, laid out the standard for finding a defendant guilty under the “dangerous weapon” provision of the law. Comparing the butane lighter to examples of other “harmless” devices that might be mistaken for a weapon—a finger, the sawed-off end of a broomstick, or a kielbasa in a robber’s pocket—Easterbrook wrote that a “hidden stiff object, plus a threat, may lead to fear, but fear differs from a ‘dangerous weapon or device.’ ”

“McLaughlin v. United States, 476 U.S. 16 (1986), gives three reasons why an unloaded handgun is a ‘dangerous weapon’ under § 2113(d): first, every firearm is potentially dangerous; second, it instills fear in those at which it is pointed; third, it can cause injury when used as a bludgeon,” Easterbrook wrote. “None of these things is true about a kielbasa.”

Easterbrook wrote that the court was also skeptical of the contention that the “dangerous weapon” statute might apply if a robber used an object that resembled a firearm, such as a toy gun.

“The statute requires a dangerous weapon or device rather than something a teller believes incorrectly to be dangerous (what if a teller was terrified of rabbits?); but we need not decide because Dixon did not wield a firearm look-alike,” Easterbrook wrote.

The ruling is a partial win for Dixon, but it won’t change his life sentence. Instead, according to the opinion, it could affect his conditions of confinement or release, if the president decided to commute the sentence.

The court rejected Dixon’s other challenges to his conviction and sentence. Dixon argued that prosecutors failed to disclose that a witness was shown an “unreasonably suggestive photograph” of Dixon three weeks before the trial began. Easterbrook wrote that because Dixon learned about the photograph issue in time to make use of it during the trial, his rights were not violated.

Dixon also claimed that his sentence of life in prison—a product of prior convictions for robbery—was unconstitutional because those earlier crimes weren’t included in the indictment or presented to the jury. Easterbrook wrote that this argument “runs smack” into previous case law that the court was bound to follow.