"Do we really need to fly across the country for two minutes," firm partner David Ko asked.

David Ko was among the dozens of lawyers making arguments at a hearing Thursday before the U.S. Judicial Panel on Multidistrict Litigation. As is custom for the panel’s hearings, his argument lasted just a few minutes. And, as has been the case for the past year, the hearing was held virtually.

Ko, of Seattle’s Keller Rohrback, said the COVID-19 pandemic has shown the court’s willingness to delve into technology that has made such virtual proceedings possible. He said he hopes that, at least for some hearings, that change remains in place. His argument before the MDL panel is a good example: “Do we really need to fly across the country for two minutes?” he said. 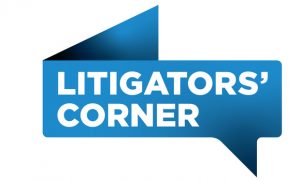