Tired of Netflix? Listen to Live Arguments From the 11th Circuit

Next week's arguments will mark the first time the public can listen to the action without being in the courthouse.

The federal appeals court for the Southeast has heard arguments determining the fate of the civil rights movement, the 2000 presidential election and countless cases over people’s liberty, lives and livelihoods.

It took a global pandemic that forced judges and lawyers to conduct business remotely for the Atlanta-based U.S. Court of Appeals for the Eleventh Circuit to allow the general public to hear arguments live without sitting in the courthouse.

The court’s circuit executive, James Gerstenlauer, told the Daily Report that arguments scheduled next week in Atlanta and Miami will occur by teleconference for the attorneys and judges—and they will be livestreamed to the public via the court’s website.

“We are conducting final testing of the system now,” Gerstenlauer said.

Glitches occurred last week during the D.C. Circuit’s first-ever teleconference argument, with Judge Thomas Griffith saying he was locked out of the argument for “five to six minutes.”

“It’s kind of a mess,” he said of the situation, but the second argument appeared, to those listening in, to run more smoothly.

Laurie Webb Daniel, who heads the appellate section at Holland & Knight, said she is preparing for one of the Eleventh Circuit arguments next week. “It’s going to be different,” she said, acknowledging she’ll miss the nonverbal messages. Those help, she said, especially when she sees cues urging her to transition to a different part of her argument or to pause for a question.

Daniel also said it’ll feel a bit “blind” if she can’t distinguish the judges’ voices, although, “theoretically it shouldn’t matter.”

Michael Terry of Bondurant, Mixson & Elmore echoed Daniel’s thoughts on missing nonverbal cues. “It can be hard to realize when a question is coming and avoid talking over a judge,” he said. “It simply requires a bit more patience by all involved.”

Jonathan Ringel is managing editor of the Daily Report, the ALM newspaper in Atlanta. He can be reached at jringel@alm.com. Twitter: @jonathanringel 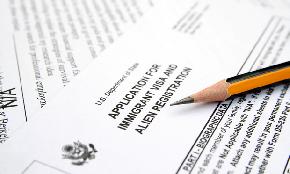 "Ordinarily, criminals are not so lucky as to receive a reduced sentence for piling on more criminal activity," the Eleventh Circuit ruling said. It's going to be a long time before the government can compel individuals to be sequestered in a closed room with 11 strangers, so but for civil litigators, there’s another pathway that remains open for resolving your client’s cases: settlements. Thursday’s action reboots a federal lawsuit filed against the district attorney who brought the underlying charges.

This authoritative volume guides you in practicing before the Merit Systems Protection Board and helps you understand the intricacies of the Civil Service Reform Ac...