What Big Law's Saying About Trump's $300B China Tariffs Plan

Thousands of comments from businesses small and large flooded the Office of the U.S. Trade Representative in recent weeks as the Trump administration weighs imposing tariffs on nearly $300 billion worth of certain Chinese products.

The U.S. trade office this week began a series of public hearings at which business owners and executives were preparing to testify against, or in support of, the Trump administration’s proposed tariffs. The hearings in Washington are set to run through June 25. Read the schedule of witnesses here.

Major U.S. law firms, representing client interests, submitted many of the comments to Robert Lighthizer, the former Skadden, Arps, Slate, Meagher & Flom partner who now serves as the U.S. Trade Representative. Here’s a snapshot at some of the Big Law firms said in the letters to Lighthizer (and you can peruse the full docket of comments here): 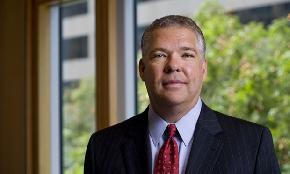