How to Identify Bias in the Courtroom

In the age of the vanishing jury trial, “litigators” spend a small fraction of the time in the courtroom that their predecessors did in decades past. With so few jury trials, lawyers have become tone deaf to the nuances of bias that pervades trial practice.

Some proponents of tort reform have argued against jury trials, as if some utopian policy could purge dispute resolution of all bias. Yet psychologists have identified many types of biases and as well as many other shortcuts people use in everyday decisions that trial lawyers should understand. For example, a landmark 1954 article, “They Saw A Game,” published in the Journal of Abnormal and Social Psychology, addressed the emerging study of biases in its evaluation of wildly divergent opinions about who played dirty and who played clean in a football game. The authors’ analysis applies equally to trials: 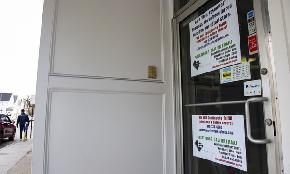 'Only Superficial Commonality': There Will Be No MDL for Lawsuits Against Insurers Over COVID-19 Claims

“To say this litigation would result in a complicated MDL seems an understatement,” wrote the U.S. Judicial Panel on Multidistrict Litigation in an order Wednesday rejecting coordination of lawsuits brought by small businesses against more than 100 insurance firms. But the panel opened the door for MDLs against specific insurers.