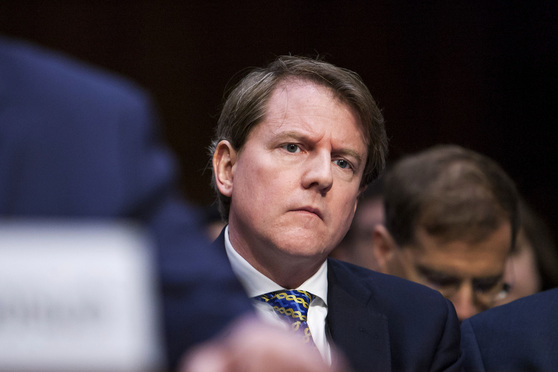 Thanks for Sharing: Lawyers Tweet It Up over WH Counsel McGahn's Threat to Quit

Reactions to the news from prominent lawyers range from “So what?” to “Impeachment!” Check out what they're saying.

White House counsel Don McGahn’s vow to resign amid President Donald Trump’s move to fire special counsel Robert Mueller in the Russia probe, as reported by the New York Times, blew up Twitter after the story broke. (Trump evidently backed down, and McGahn’s still in the White House, by the way.)

Reactions to the news from prominent lawyers range from “So what?” to “Impeachment!” Check out what they’re saying.

Totally normal that the Attorney General, FBI Director, and White House Counsel would threaten to resign or offer their resignation in the 1st year of a Presidency over three different topics.