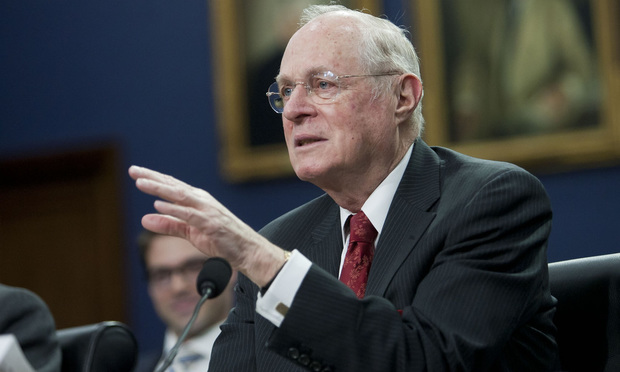 'How Do You Draw a Line?' Key Moments From the Supreme Court's Wedding Cake Case

By the end of the arguments, the justices seemed closely divided, with those on the left deeply skeptical of the First Amendment speech claim, and those on the right more sympathetic to his religion claim. Here are highlights from Masterpiece Cakeshop v. Colorado Civil Rights Commission—what may become the term's biggest decision.

If a baker’s religious beliefs lead him to refuse to make a wedding cake for a gay couple, what about the florist who feels the same and refuses to create a wedding arrangement? Or the makeup artist? The jeweler? The invitation designer?

Those hypotheticals flew across the bench as the U.S. Supreme Court on Tuesday grappled with how to enforce anti-discrimination laws while protecting First Amendment speech and religion rights.

After arguments that lasted nearly 30 minutes past the usual hour, the justices appeared stymied over whether and how to draw a line that would protect those First Amendment rights without upending longtime court decisions holding that businesses that open their doors to the general public must not reject customers because of who they are.

“What is the line?” Justice Stephen Breyer asked Kristen Waggoner of Alliance Defending Freedom, counsel to Colorado baker Jack Phillips in the case Masterpiece Cakeshop v. Colorado Civil Rights Commission. “We want some kind of distinction that won’t undermine every civil rights law including African-Americans, Hispanic Americans, including everybody who has been discriminated against in very basic things of life, food, design of furniture, homes and buildings.”

Supported by the Trump administration’s Justice Department as a friend-of-the-court, Phillips claimed the Colorado law compels him to speak in violation of his speech rights and to “participate” in a ceremony that violates his free exercise of religion right. The state law, similar to laws in 22 states, says businesses cannot discriminate on the basis of disability, race, creed, color, sex, sexual orientation, marital status, national origin, or ancestry.

By the end of the arguments, the justices seemed closely divided, with those on the left deeply skeptical of the Phillips’ speech claim, and those on the right more sympathetic to his religion claim.

Here are a few highlights from what may become the term’s biggest decision.

Noel Francisco makes his SG debut. Solicitor General Noel Francisco, supporting the baker’s compelled speech claim, argued that the case raised “an important issue for a small group of people” and could be decided narrowly. But Justice Ruth Bader Ginsburg pushed back, asking, “How narrow is it?” She reminded him of the hypotheticals involving florists, makeup artists, invitation designers and others, and she added, “I don’t see a line that can be drawn here.” Francisco compared his opponents’ arguments to requiring an African-American sculptor to create a cross to be used in a Ku Klux Klan service.

Sotomayor asks: First Amendment protection for food? If any justice made clear her thinking about the baker’s arguments, it was Justice Sonia Sotomayor. “When have we ever given [First Amendment] protection to food?” Sotomayor asked Kristen Waggoner. “The primary purpose of a food of any kind is to be eaten. How is this your client’s expression?” she asked. Not all cakes would be “speech,” replied Waggoner, but in the context of a custom-designed wedding cake, it is. A pre-made cake, she added, is already in the stream of commerce and Phillips will sell it to anyone.

Can a line be drawn, and if so, how? In drawing a line as to what expression is protected, Waggoner suggested the court ask: Is there speech, is something being communicated, or is the individual objecting to the message or the person? Francisco said the court should ask: Is it predominantly art or predominantly utilitarian? David Cole, national legal director of the American Civil Liberties Union and counsel to the gay couple, said the court should do what it always does when expressive conduct is at issue: ask what is the state’s interest in regulating the conduct? Drawing a line, as Francisco does, between race and sexual orientation, Cole argued, confines gays and lesbians to second-class citizenship.

Kennedy’s in the middle. All eyes were on Justice Anthony Kennedy, a strong First Amendment speech advocate and defender of the dignity and liberty of LGBT individuals. Not surprisingly, he gave both sides hope and anxiety. On the speech claim, Kennedy told Francisco that all of the hypotheticals showing how far-reaching a decision for the baker could be was “a problem for you” and could result in boycotts. He chided Francisco for saying that a baker could put a sign in his window saying no custom wedding cakes for gay weddings and called that an affront to their dignity. And on the religion claim, Kennedy told Colorado Solicitor General Frederick Yarger: “It seems the state has been neither tolerant nor respectful of the baker’s religious beliefs.”

Alito notes the “very odd” timing of the dispute—2012. Justice Samuel Alito Jr. told Yarger during one exchange: “This is very odd. This took place in 2012″ when same-sex marriage was not legal in Colorado. “So if Craig and Mullins had gone to a state office and said, ‘We want a marriage license,’ they would not have been accommodated. If they said: ‘Well, we want you to recognize our Massachusetts marriage,’ the state would say: ‘No, we won’t accommodate that.’ Well, we want a civil union. ‘Well, we won’t accommodate that either.’ And yet when he goes to this bake shop and he says, ‘I want a wedding cake,’ and the baker says, ‘No, I won’t do it,’ in part because same-sex marriage was not allowed in Colorado at the time, he’s created a grave wrong.”

Pull up a chair. Outside. If there were any question about which case this term has the highest profile, the public audience line that began forming for these arguments on Saturday answered it. Public seats and bar member seats were filled as were more than 100 reserved seats for journalists. A respectable demonstration between supporters and opponents of the baker took place in front of the court building. All of this contributed to heightened anticipation inside before the arguments began.