In his most candid public appearance since joining the U.S. Supreme Court in April, Justice Neil Gorsuch on Saturday urged the legal profession… 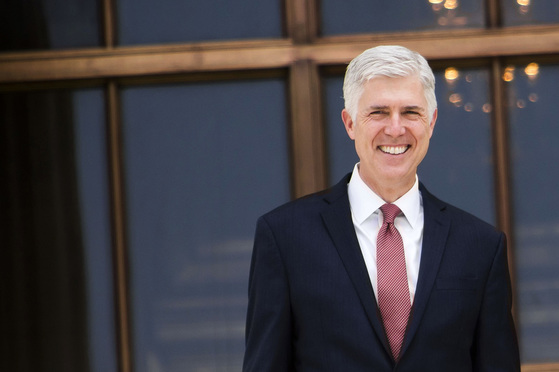 In his most candid public appearance since joining the U.S. Supreme Court in April, Justice Neil Gorsuch on Saturday urged the legal profession to step up its game when it comes to ethics and civility, urging rule changes that would set a higher standard for lawyers.

“We’re a self-regulated profession, for crying out loud,” Gorsuch said during a “national conversation on civility” hosted by the American Inns of Court. “Name anybody else who gets to write their own rules.” He was referring to the Model Rules of Professional Conduct promulgated by the American Bar Association. “Maybe our rules could do a little better.”

Gorsuch also talked about his “long and hard” confirmation process, but said he had “nothing to complain about” when it comes to the changes his new job has made in his life.

“I’m happily married … and my children are everything they should be at their ages,” he said, adding that a group of old friends “keep me grounded” such as when he biked 72 miles down the C&O Canal with a “buddy” recently. 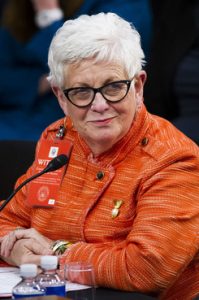 Gorsuch spoke in a dialogue before the American Inns of Court, which bring lawyers, judges, law students and law professors together in regular meetings that promote professionalism, ethics and civility. Deanell Tacha, the former chief judge of the U.S. Court of Appeals for the Tenth Circuit who overlapped with Gorsuch’s tenure for five years—he still calls her chief—led the conversation at a Washington, D.C. hotel.

Some of Gorsuch’s memorable comments:

Memo to American Bar Association: Asked what can be done to promote civility in the legal profession, Gorsuch without hesitation pointed to Rule 1.3 of the ABA’s model rules of conduct, which states: “A lawyer shall act with reasonable diligence and promptness in representing a client.” One of the official comments elaborating on the rule reads, “The lawyer’s duty to act with reasonable diligence does not require the use of offensive tactics.” Gorsuch said, “That worries me.” The phrasing, Gorsuch explained, implies that offensive tactics, while not required, could be “a very good idea” in some instances. “Think about that.”

Standing Up With (not to) Kagan: Recent reports have suggested that Gorsuch is not getting along with some of his new colleagues, most notably Justice Elena Kagan. Gorsuch did not address, nor was he asked, about the reports. But he did say that as the new junior justice, he is the one who answers the door during the court’s private conferences. Until April, that was Kagan’s job, and apparently she can’t break the habit. “When the door knocks she still bounces up,” Gorsuch said. “We both look at each other and laugh and she sits down and I answer the door.”

Lying Lawyers: On the subject of civility, Gorsuch recalled that when he was in private practice, “Inward, I was smiling,” when an adversary would accuse him or other lawyers of lying or misrepresenting the facts. “I knew it wasn’t going to work for the judge.” And as a judge, when a lawyer made similar comments, he would say, “Counsel, perhaps you can talk about the facts.” He added, “It is incumbent on judges to teach the bar that it’s not effective” to disparage adversaries.

Box of Socks: Gorsuch said he was “constantly surprised by the wonderful kindness of the American people” during his Senate confirmation. People constantly came up to him saying they were praying for him, and one person sent him a package. “It was inspected, radiated, irradiated,” Gorsuch said. When it was finally deemed safe, Gorsuch opened it and found a pair of socks. The donor had been watching the hearings on television and wrote, “You looked like you needed a new pair of socks.”

Fire the Client: What should a lawyer should do when a client wants him or her to use “junkyard dog” tactics? “Advise them that it doesn’t help,” Gorsuch said. And if the client still demands it, “sometimes you have to fire your clients. I had to do that. … At some point you have to ask yourself, ‘how do you want yourself to be remembered?’” Also: “The rewards of an ethical practice are a lot more profound than the dollars and cents, the mansions, the cars.”

Civility is Great, But … : Gorsuch embraced the theme of civility, even describing it as “a national security issue” that bolsters the “recognition of the worth of each person.” But not at the cost of free speech, he cautioned. “I’m a great believer in the First Amendment. It worries me when young people today at universities are not able to express themselves,” he said. “When civility goes so far as to suppress disagreement, you’ve gone too far.”

Discovery Karma: Gorsuch said law students he has taught assume that in the discovery process, there is an obligation to “hide the documents” that are most important. That strategy can come back to haunt lawyers when the shoe is on the other foot, Gorsuch said, invoking what he called the theory of “discovery karma.” He added, “Is that how you want to be remembered, as the guy who hid the documents from the needy plaintiff or defendant?”

Atticus v. Saul: Reinforcing the need for lawyers to improve their ethics and image, Gorsuch said “something is terribly wrong” about the fact that Atticus Finch (of To Kill a Mockingbird) was the lawyerly role model when he was growing up, but now, in the view of his students, “It’s Saul Goodman!” He was referring to the sketchy fictional lawyer of “Breaking Bad” and “Better Call Saul” fame. “If that is the cultural model of our profession, we need to look a little bit in the mirror.”

Civility Can Even Happen in Hot Tubs: Another way to promote civility among lawyers, Gorsuch said, is to “spend time with one another outside the court.” That includes Inns of Court meetings where, at least in the Denver inn he belonged to, lawyers were “breaking bread together and telling bad jokes.” It was also important for him and fellow Tenth Circuit judge Tim Tymkovich to spend time with their law clerks during an annual ski trip. When he praised the relationships built “in hot tubs and ski slopes,” the audience laughed, and he added, “It’s one thing to see a judge without robes ….” More laughter ensued.