Women are concerned that their performance during the pandemic will define them and harm their careers. The pandemic has made it crystal clear that there is an urgent child care crisis in this country. The U.S. Census Bureau reported in August 2020 that 32.1% of unemployed women ages 25-44 stated that lack of child care was the reason for their unemployment, compared with only 12.1% of unemployed men in the same age group. A recent New York Times Special Report on America’s mothers found that 66% of mothers are primarily responsible for child care, compared to 24% of fathers. In fact, mothers are 1.5 times more likely than fathers to be spending an extra three or more hours per day, equal to more than 20 hours a week, on child care and household responsibilities.

Women lawyers are struggling during the pandemic to juggle their professional responsibilities with their child care and household obligations. The onerous burdens shouldered by working women are highlighted in the American Bar Association’s new Report titled “Practicing Law in the Pandemic and Moving Forward: Results and Best Practices From a Nationwide Survey of the Legal Profession.” The Report was written by The Red Bee Group, of which we are Principals, and was based on a large, nationwide Survey of over 4,200 ABA members. The Report confirms that women lawyers with children are far more likely than men to have had an increase in child care responsibilities and to have had their work disrupted more often by family and household obligations than a year ago, and have fewer hours left in the day to manage their workload and complete assignments. Because most law firms did not reduce billable hour requirements, women were worried about their evaluations, advancement, compensation, and getting furloughed or laid off. Women lawyers with young children complained of being overlooked for assignments or client opportunities and felt they were incorrectly perceived as not being sufficiently committed to their law firms. An Unexpected Road to Profits: Corporate Health and Wellness

Survey participants mostly recognized brands that responded positively to the coronavirus pandemic based on their investment in the health and wellness of their employees and donations to support community efforts to help those in need. 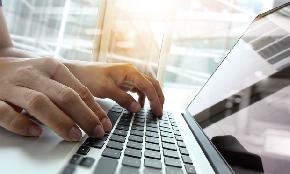 For Law Firms, 'Seeing Is Believing' on Work-From-Home Viability

Coronavirus closures have tested the limits of the legal profession, and not only its technological limits. ‘I Have Child Care Issues’: A Plea to Our Male Counterparts To Just Say Those Words

Only when working fathers start to take time away from work to participate equally in child care can women progress on a path parallel to men and truly succeed.