The Open Kimono: What Drives the Rising Success of Midsize Firms?

In 2019, the economies of scale are all the more daunting, the demand for global “platform” all the more importunate. Presumably, to succeed today, midsize firms need fresh arguments to wean legal service buyers away from the brand-name behemoths.

Back in the 1980s, the “death of the midsize firm” was a constant refrain among consultants and other pundits. Of course, those reports were, like Mark Twain’s premature obituary, greatly exaggerated. By definition, the midsize firm cannot altogether die, since any firm on its way to join the AmLaw 250 has to at least pass through a stage when it is, by whatever numerical standards apply, “midsize.” Sure enough, 30 years later, the marketplace remains populated with many varied midsize firms, including both multi-office “regional” firms as well as single-office firms in major markets. 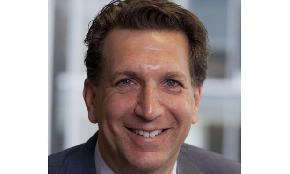 Data Security: An Even Tougher Problem for Midsize Law Firms

For midsize law firms, “security” is a multifaceted challenge. After all, the toughest part of the midsize sales pitch is convincing clients that, despite smaller sizes and lesser resources, they are a “secure” alternative to Big Law.