Stris & Maher’s Tillman Breckenridge is a self-described “beat-the-drum proponent” of being judicious when it comes to filing amicus briefs. But a brief he filed on behalf of African American antitrust lawyers caught the attention of Justice Brett Kavanaugh in this week’s blockbuster NCAA decision.

Tillman Breckenridge is a self-described “beat-the-drum proponent” of being judicious when it comes to filing amicus briefs in the U.S. Supreme Court.

“I used to teach my students at William & Mary that it’s really just throwing your work on the fire if you’re going to repeat what everyone else is saying,” said Breckenridge, a veteran appellate and Supreme Court lawyer now at Stris & Maher. 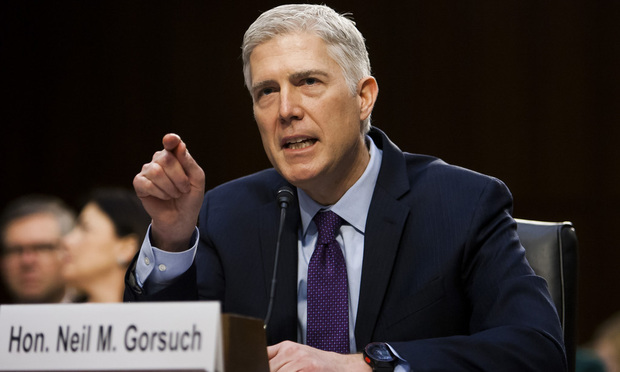 Justice Gorsuch Would Be 'Grateful' if You'd Answer His Question