Like many a lawyer in the age of the Zoom hearing, Gibson, Dunn & Crutcher partner Tom Dupree decided to head into his office to take advantage of a secure, solid internet connection when handling arguments for automaker FCA US, the maker of Chrysler and Dodge vehicles in a case involving California’s lemon law.

That part we’re kind of getting used to. This part, not so much: Dupree’s office is in downtown Washington, D.C. His argument before the Los Angeles-based Second District Court of Appeal was on the morning of January 6 West Coast time. That meant just as Dupree was getting ready to discuss the intricacies of the Song-Beverly Consumer Warranty Act with the three-judge panel, the streets outside his office window were about as far from the atmosphere of an appellate courtroom as you can get. 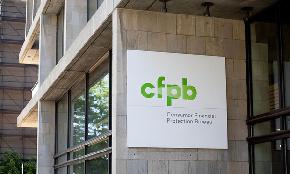 Wait, Are We Actually Supposed to Care About a Government Taskforce?

Let’s say the taskforce was composed of Ralph Nader, Elizabeth Warren, Letitia James, David Vladeck and I don’t know, Gandhi. That still doesn’t mean the current CFPB leadership would listen to anything they had to say. In-House Litigation Leaders: Dominion Energy GC Carlos Brown Wants Litigators Thinking About Him More Than He Thinks About Them