ALM's game-changer Legal Radar makes me feel like a kid in a candy store--and slightly concerned about becoming obsolete.

Today is my birthday. I won’t say how old I am, but I’m about to date myself.

I started writing about the law when I graduated from U.C. Berkeley’s journalism school in 1997 and was hired as a cub reporter by The Recorder in San Francisco. (Thank you Scott Graham for the break.)

I was assigned the legal business beat, covering what seemed to be rock-solid industry stalwarts such as Brobeck, Phleger & Harrison; Heller Ehrman; Thelen Reid and McCutchen Doyle.

We put out a daily newspaper—printed on actual paper—and had no website, nor did most law firms. Twitter wouldn’t be invented for another nine years. (This was not a hardship.)

Times have certainly changed, though in many ways, the basics of reporting on litigation have not. 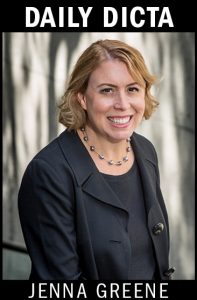 My employer ALM this week launched what strikes me as a major innovation. It’s called Legal Radar, and it makes me feel like a kid in a candy store (not to mention slightly concerned about becoming obsolete).

As something of a luddite, descriptions like that tend to make my eyes glaze over. But I spent some time today exploring the product, and found that it offers an easy—and free (yes, free)—way to track new litigation based on practice area, company, law firm, region or industry. You can cast a net that’s as wide or narrow as you like.

Here’s how it works: You check boxes that interest you to get a stream of “blips”—little summaries that flag new federal lawsuits within an hour or two of when they’re first filed or removed to federal court, plus updates on who got the work.

Check that box and your news feed tells you, for example, that  “Nelson Mullins Riley & Scarborough filed a breach-of-contract lawsuit Wednesday in Florida Middle District Court on behalf of BBVA USA, a banking company. The suit names Henry Woodburn. Counsel have not yet appeared for the defendant. The case is 3:20-cv-00183, BBVA USA v. Woodburn.”

That’s it. No full-blown story—just the basic who, what, where and when. But often that’s sufficient, especially since the blip includes a free link to the complaint (no monkeying around with entering a Pacer password, hooray!).

Scrolling on, the next item informed me that “Lawyers at Morgan, Lewis & Bockius on Wednesday removed a breach-of-contract lawsuit against BMW of North America to California Central District Court. The suit was filed by the Margarian Law Firm on behalf of Henrik Dilanchian. The case is 2:20-cv-01869, Dilanchian v. BMW of North America, LLC.”

Hmmm what’s that all about? One click to the complaint and oh, it’s a guy who says his 2019 BMW X3 has a defective engine. Never mind.

Next up, I saw that  “Textron, a Rhode Island-based aviation manufacturer, and Arctic Cat, a brand of snowmobiles and all-terrain vehicles, are facing a breach-of-contract lawsuit in Minnesota District Court. The lawsuit was filed by plaintiffs Robby Gordon, Todd Romano and Speed RMG Partners. Lawyers have not yet entered an appearance on the docket in 0:20-cv-00609, Speed RMG Partners et al v. Arctic Cat Sales Inc. et al.”

Robby Gordon, according to the complaint, is an “internationally famous racer, race team owner, entrepreneur, and offroad expert.” He and the other plaintiffs are fighting with Arctic Cat over a deal to develop the Robby Gordon Limited Edition Wildcat X vehicle and another vehicle code-named “Zeus.” This one I might keep an eye on.

And here’s another: “JPMorgan Chase is facing a breach-of-contract lawsuit in Florida Southern District Court. The court action was filed by plaintiff Morris I. Stoler. Lawyers have not yet entered an appearance on the docket in 9:20-cv-80297, Stoler v. J.P Morgan Chase N.A.”

You can do this with 14 practice areas, from antitrust to the U.S. Supreme Court, with the most recent court filings appearing at the top of the page. It’s actually kind of mesmerizing—like having your finger on the pulse of the federal judicial system.

There are other ways to screen your newsfeed as well. Let’s say you’re interested in all varieties of litigation involving one particular company—maybe it’s your client, or maybe it’s someone that you plan to pitch or maybe you’re just curious.

Or maybe you want to keep tabs on a competing law firm (or potential new employer?). You can screen by law firm—the NLJ 500 are included, plus elite plaintiffs firms and the largest global firms by headcount.

Yesterday at Mayer Brown, for example, I learned that A. John P. Mancini. Olena Vera Ripnick-O’Farrell and Sara A. Slavin stepped in to defend Google in a pending copyright lawsuit, and partner Brian James Massengill entered an appearance for Progenics Pharmaceuticals and other defendants in a pending securities lawsuit.

So what kind of magic generates all this information?

According to ALM, “The process starts with a stream of raw federal litigation data which is converted into short, easy-to-read summaries using natural language generation technology. Editors then review the summaries to ensure accuracy. This combination of automation and human review connects readers with the information they need as quickly as possible.”

The feed also includes stories by ALM reporters (see, we’re not irrelevant!) related to your areas of interest.

You can check out Legal Radar here and find answers to frequently asked questions here. And yes, it really is free to use.

Jenna Greene is editor of The Litigation Daily and author of the "Daily Dicta" column. She is based in the San Francisco Bay Area and can be reached at jgreene@alm.com. 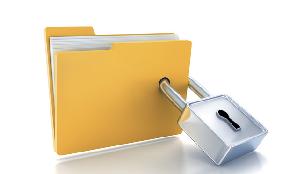 'If left undisturbed, the district court’s rules will hamper the ability of attorneys, auditors, and other professional advisors to provide effective counsel to a wide range of American businesses,' warned the U.S. Chamber of Commerce and the Association of Corporate Counsel. 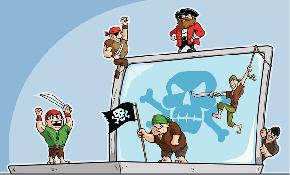 Litigators and Privacy: The Last People You Want to See, or the First?

In their consideration of possible worst-case cyber attack scenarios, organizations often focus on the various types of attacks and their relative severity. But, the worst-case scenario is not the breach, it's the reputational damage, regulatory enforcement action, the business interruption, and the inevitable litigation that follows a poorly handled breach from an unprepared organization. Given this reality, it is important to adjust planning assumptions and response scenarios to focus on addressing these drivers of post-breach exposure. 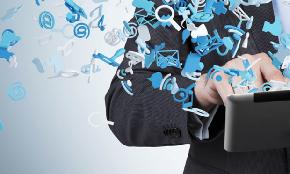 OK, Boomer. Here's What You Need To Know About Legal Tech Trends

Time waits for no one. So in this episode we're exploring the changes in legal tech that developed this year and what we can expect in 2020.

FDA-regulated products now account for an estimated one-fifth of overall economic activity in the U.S. They have also been the focus of a litigation explosion. T...