The legal sector is organizing a number of creative initiatives to help maintain staff well-being amid coronavirus disruption.

Law firms are rolling out creative well-being initiatives in the midst of global industry disruption, as they attempt to keep morale up among their ranks as the majority of their people work remotely.

Employee well-being initiatives including virtual drinks, online tournaments and photo challenges. It comes as the large majority of lawyers have started working from home as the U.K. government advises against all but essential travel.

A number of firms have rolled out virtual drinks and mealtimes, where employees can join video non-work-related video conferences to socialize.

Speaking to Law.com International’s Legal Week, King & Spalding employment partner Jules Quinn said: “Initiatives can be big or small, but sometimes it is the smallest things – such as raising a smile or allowing people to switch off from work for five minutes – that can make a major difference to morale.”

A spokesperson for King & Spalding said that it had introduced a “virtual drinks trolley” – a social dial-in to replace its usual Friday drinks trolley in the London office. DWF has a similar “Friday Fridigital” where staff can chat about their work-from-home experiences, as well as Sunday brunch for staff spending the weekend alone.

Osborne Clarke meanwhile has introduced virtual lunches – or “vunches” – as well as virtual coffees, while Fieldfisher has “virtual happy hours”. Both firms have rolled out the measures across their global offices.

A Simmons & Simmons spokesperson said its Milan office has a Skype call at the end of each day where employees are encouraged to bring along a drink and a snack and to share what has been happening that day.

The spokesperson added: “It’s important that we still offer our people the chance to socialise as teams – even if done remotely.”

Outside of digital dining, other law firms have laid on challenges and activities for staff. Hogan Lovells, Fieldfisher, Travers Smith and Osborne Clarke have asked staff to send in photos of their home office or pets at work.

Oscar guarding our important documents, data protection is important to us here at OC! #OCPetsWfh

DWF is also organising what it calls #DailyNanoChallenge to keep its people entertained. The challenge involves people taking a picture of something at home that they are proud of and share it on social network platform Yammer.

Meanwhile at Taylor Wessing, some staff are taking inspiration from U.K. television program Saturday Kitchen to organize their own morning ‘Omelette Challenge’ where participants have to make a three-egg omelette as fast as possible, according to a firm spokesperson.

Meanwhile at Fieldfisher, lawyers have been organizing app-based scrabble tournaments as well as group book clubs and Spotify playlists for staff to tune in to, according to a firm spokesperson. A Simmons & Simmons spokesperson said the firm is organizing a “virtual yoga class” commencing next week.

Travers Smith had a virtual quiz over Skype on Friday for its business development team, according to the firm, and a spokesperson for Gowling said its popular knitting group has moved online. According to a tweet by Linklaters Choir conductor  Jeremy Haneman, the Magic Circle singing group has also held online sessions.

He added in a statement:”This is a new world – the first time the whole firm is working from home – and it’ll take time for everyone to adjust.  We get that everyone is dealing with stressful situations whether its illness or childcare etc. So we’re really stressing the need for lots of one-to-ones, using video but also doing fun things like remote happy hours.”

Simon joined Legal Week in June 2019 after finishing his degree at City, University of London. His areas of focus are legal tech, insurance, and intellectual property. 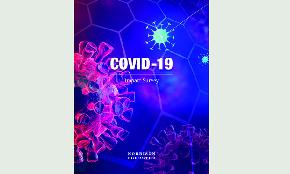 Cybersecurity Taking Back Seat to Coronavirus Damage Control for GCs

In a Morrison & Foerster survey on COVID-19 response, less than 30% of in-house leaders cited data security or privacy as major risks. 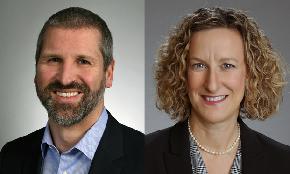 "The opportunity here is that we can come back with a social fabric that is just as strong if not stronger than it was before," CIO Rick Howell said. 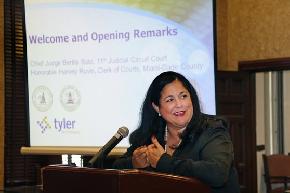 An administrative order from Miami-Dade Circuit Chief Judge Bertila Soto says that in remote court cases connected by communication equipment, lawyers, the press and the public cannot use electronic devices without the approval of the presiding judge in the case.