The Google-FTC settlement is the first COPPA settlement involving a third-party platform and behavioral advertising. Google was also hit with the largest COPPA fine ever.

Collecting children’s data for marketing purposes isn’t completely restricted in the U.S., but the fiscal risks of doing so have increased significantly after Google settled with the FTC and New York Attorney General’s Office for $170 million over YouTube’s COPPA Rule violations.

In response, YouTube declared it will no longer show personalized ads on videos made for children. Starting in roughly four months, YouTube said it will treat data from anyone watching children’s content on YouTube as coming from a child, meaning it will limit data collection on child-targeting videos to what is needed to “support the operation of the service.” 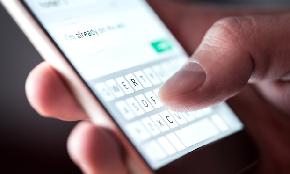 Recent Eleventh, Seventh and Second Circuit court rulings have some lawyers on edge regarding the possibility that a single unsolicited marketing text message is enough standing to bring a TCPA violation suit.