Justices' Heads Were in the Cloud at Microsoft Email Arguments

"I think the starting point all would agree, in what was it, 1986, no one ever heard of clouds," Justice Ruth Bader Ginsburg said to the DOJ's Michael Dreeben on Tuesday in the data-privacy case United States v. Microsoft.

By Marcia Coyle | February 27, 2018 at 03:17 PM | The original version of this story was published on The National Law Journal
X

The U.S. Supreme Court on Tuesday grappled with the technology and ramifications of applying a pre-internet federal law to the government’s effort to force Microsoft to disclose emails stored on a server in Dublin.

In United States v. Microsoft, Deputy Solicitor General Michael Dreeben argued that Microsoft must comply with a warrant issued under the Stored Communications Act of 1986 for emails involved in a drug trafficking investigation. The U.S. Court of Appeals for the Second Circuit disagreed, holding that the government sought extraterritorial application of the law by demanding that Microsoft seize the emails in Ireland. 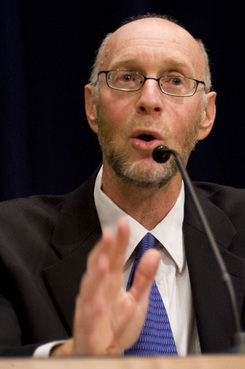 In Tuesday’s arguments, Dreeben said the statute focuses on domestic conduct, not privacy. “It requires disclosure in a court order by the United States of information related to United States crime and here by a United States service provider,” Dreeben argued.