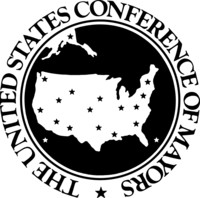 Bipartisan mayors holding key leadership positions in the U.S. Conference of Mayors (USCM) applaud today's Supreme Court decision to uphold the DACA program, ensuring that thousands of Dreamers can continue to live, work and study in the U.S. and contribute to the nation's economy.

"America's mayors applaud the Supreme Court's decision today to continue the DACA program.  The U.S. Conference of Mayors has had strong policy supporting permanent legal status for Dreamers and extension of the DACA program for many years and has urged Congress to enact legislation to achieve this.  Our bipartisan organization has adopted this policy because it is the right thing to do – for Dreamers, for our communities and for our country.  Today the Supreme Court also did the right thing," said Bryan K. Barnett, Mayor of Rochester Hills (MI) and USCM President.

Los Angeles (CA) Mayor Eric Garcetti, Chair of USCM's Latino Alliance, said "Today's Supreme Court ruling on DACA delivers a powerful message to our Dreamers: this country and this city belong to you today, and will remain your home tomorrow. Dreamers are our neighbors, colleagues, essential workers, entrepreneurs, students, and soldiers. For tens of thousands of these Angelenos, like hundreds of thousands nationwide, this ruling is life-changing — a source of relief and a reason for celebration. But our work is not done. For these young people and every immigrant who strengthens America's economy, communities, and future, Congress must deliver on the promise of a long-term and humane legislative solution, so nobody's status hangs in the balance of uncertainty again."

Mesa (AZ) Mayor John Giles, Co-Chair of USCM's Immigration Reform Task Force, said "I'm thrilled that the US Supreme Court's decision today will bring some certainty and peace of mind to Arizona's 24,000 DACA recipients. Today's action does not bring an end to the effort though. We must continue to push Congress and the White House for a comprehensive immigration reform package. The future of our economy and the fate of so many families depend on it."

Providence (RI) Mayor Jorge Elorza, Co-Chair of USCM's Immigration Reform Task Force, said "The decision by the Supreme Court of the United States to uphold the DACA program affirms the belief that the American Dream can still be achieved by those who seek it with hard work and determination. The cultural, economic, and social contributions of the 800,000 DACA recipients and their families to their communities cannot be overstated; particularly during a global pandemic where over 200,000 DACA recipients are working in essential roles including 27,000 in health care positions. I commend the SCOTUS for rebuking the actions of this administration that seek to separate our country from the ideals upon which it was founded."

El Paso (TX) Mayor Dee Margo, Vice-Chair for Border Security of USCM's Criminal and Social Justice Standing Committee, said "Immigrants have contributed heavily to the economy, history, and culture of our nation.  It is not feasible nor appropriate to pursue policies attempting to deport Dreamers.  It is time for Congress to put the American people before partisan politics and create a path to citizenship for DACA recipients."

"The U.S. Conference of Mayors stands with the nearly 800,000 undocumented young people who have benefited from DACA since it began in 2012," said Tom Cochran, USCM CEO and Executive Director.  "With work authorization and without the fear of deportation, these young people, who have done nothing illegal, have been able to participate in and contribute to our country and our cities.  Today more than 30,000 of them work in the health care industry, many on the frontlines fighting COVID-19.  Today's important decision by the Supreme Court will enable them to continue to do so.  It is a victory for all Americans."

About the United States Conference of Mayors -- The U.S. Conference of Mayors is the official nonpartisan organization of cities with populations of 30,000 or more. There are more than 1,400 such cities in the country today, and each city is represented in the Conference by its chief elected official, the mayor. Like us on Facebook at facebook.com/usmayors, or follow us on Twitter at twitter.com/usmayors.