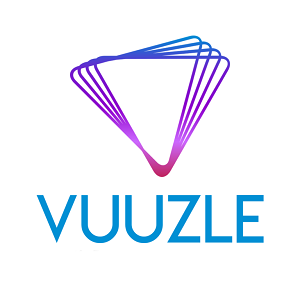 April 8, 2021, Wednesday’s indictment of Vuuzle Media Corp. founder Ronald Shane Flynn by the U.S. Attorney’s office in Los Angeles seeks to perpetuate, indeed, even to memorialize, a series of false and faulty assumptions about Vuuzle Media that the U.S. Government first advanced through the Securities and Exchange Commission (SEC) when the SEC filed its civil complaint against the company in January of this year.

Now, as then, it is absolutely essential that we present a fair and accurate record of what Vuuzle Media is, and its place in the realm of readily available, globally accessible, free media.

To the readily verifiable contrary, Vuuzle Media is an award-winning, multi-continental, multi-platform, multi-capability media company whose intention is to play a leading role in restoring balance to the international media landscape by providing free video, musical and social media-driven programming for audiences worldwide.

Vuuzle Media is administered by a fully functioning Board of Directors, and the company has offices and studio space in multiple cities world-wide, with state-of-the-art studios in the United Arab Emirates. Vuuzle Media creates its own proprietary programming, it continues to develop revolutionary new means for its advertisers to interact with its vast audiences, and for those audiences to interact directly with its creators and hosts, as well as with high-level international talent who appear directly on its video streaming services.

In short – Vuuzle Media is an entertainment sector disruptor, and one whose global importance is all the more vital during pandemic-era restrictions and lockdowns. Vuuzle, via its app and streaming services, seeks to democratize entertainment in ways that at once harken back to the era of free, over-the-air television, while catapulting audiences into new realms of immediacy and interaction.

Vuuzle’s audiences are just as much a part of the entertainment experience as are its content creators. Vuuzle Media isn’t a ploy or a ruse. It’s a media landscape revolutionary force. Vuuzle Media is aggressively contesting the SEC’s allegations and has filed a response on the public record denying the SEC’s substantive allegations (https://rb.gy/uofnbx).

Additionally and very importantly, Vuuzle Media is not a defendant or accused party in any DoJ case, so it is unclear why DoJ felt uncharacteristically compelled to include in its April 7th press release a discussion of Vuuzle Media in a manner that appears to be inconsistent with DoJ policy, fails miserably to distinguish between multiple companies with the Vuuzle Media name, and recycles the old news of an actively contested SEC civil lawsuit that was filed three months ago.