The Long Tail of COVID-19 Litigation in Europe

Labor and insurance disputes came first, and litigators expect many more cases and causes of action as the crisis drags on.

The effects of COVID-19 on litigation in Europe came early, with lawsuits over health and safety, insurance coverage, employment issues and business interruption cropping up almost immediately after the continent imposed restrictions to cope with the new coronavirus.

Those issues, and more, are likely to drive litigation well after the health crisis has been contained, Europe-based litigation partners told Law.com International. Some of the main disputes on Continental Europe are setting off in France, Germany and the Netherlands.

In France, worker health and safety litigation started soon after the economy locked down in March, with Amazon, Renault, Airbus and other major employers answering union complaints that they did not do enough to safeguard workers at their facilities.

“In the French system, employers are expected to do more than comply with government guidance,” said Emmanuelle Rivez-Domont, an employment partner at Jones Day in Paris.

Employers are also obliged to consult with employees over changes in work conditions, and that obligation “sometimes runs up against the need to do something in an emergency,” which can give rise to litigation, Rivez-Domont said.

She said that while most employers, employees and unions showed an “impressive” level of cooperation in the early days of the crisis, that solidarity could fray as France heads into a second wave of infections – and potentially a second lockdown.

“There are still so many unknowns.”

“When people are working and feel secure, then things go well,” she said. “When people start to feel threatened, they seek redress.”

One such data dispute has already come up: A Jones Day client, a multinational company, ran up against union and labor inspectorate resistance over the installation of an automatic temperature-taking system at its facilities in France.

No one disputed the value of the system to worker health and safety, Rivez-Domont said, but the company had to provide assurances that the automated system was not also automatically keeping employee data.

“It’s not possible to have everyone happy with everything that is implemented,” Rivez-Domont said.

Insurance litigation in France got started early as well, with a May judgment in favor of Maison Rostang, a restaurant group founded around the Michelin-starred chef Michel Rostang.

A French business court ruled that AXA, the giant insurer, owed Maison Rostang more than €1 million to cover the group’s drop in business over the first 10 weeks of the lockdown. AXA has appealed.

“They are calling into question valuation and the wisdom of going through with deals.”

The case was seen as a caution to other French businesses to review their insurance coverage carefully, according to Christopher Mesnooh, an M&A partner at Fieldfisher in Paris.

In fact, efforts to remove as much uncertainty as possible from deal contracts has led to fewer M&A deals falling apart or heading to court than had been anticipated at the start of the crisis, according to Laurent Bensaid, head of the M&A practice at King & Spalding in Paris.

“For example, many parties made a conscious decision to remove the effects of COVID from the definition of force majeure,” Bensaid said. “We wanted to have no doubt on interpretation, especially since there were so many unknowns.”

Now, as the crisis has dragged on, “acquirers are seeing the consequences of COVID on business and are focusing on the question of whether targets did a good enough job of managing,” he said. “They are calling into question valuation and the wisdom of going through with deals.”

Bensaid added that since the effects of the crisis would be felt long beyond the end of one bad year, a further uptick in M&A litigation could follow.

“There will undoubtedly be further disputes over valuation,” Bensaid said. “You could easily see acquirers saying that the targets were not transparent enough about the effects of COVID on their business. There are still so many unknowns.”

In the Netherlands, several companies and organizations have also been testing the legal waters.

Koninklijke Horeca Nederland, an industry group representing local bars and restaurants, went to court in July to request an interim injunction that would compel the Dutch government to relax the social distancing measures applicable in bars and restaurants.

The industry group’s request for an interim injunction was denied by the ruling judge, who said in his judgment that acute crisis situations give governments extensive leeway to adopt policies they see fit. In September, Koninklijke Horeca Nederland announced they wouldn’t appeal the judgment.

Insurance has traditionally been a non-contentious area of law in the Netherlands, with not much case law to date. This, too, appears to be changing somewhat as a result of Covid-19.

In August, event organizer ID&T won its claim against four insurers – NN, Reaal, Amlin and Chubb – who sought to exclude the COVID-19 pandemic as a cancellation reason that would trigger payouts under their cancellation insurance policies.

Beyond just event organizers, insurance companies might also have to brace for business interruption disputes with a broader range of claimants as a result of a recent test case judgment from the U.K.’s High Court.

“I expect quite a caseload in 2021 in judgments from the court.”

That case, brought by the country’s Financial Conduct Authority, was seen as a victory for policyholders seeking to file COVID-related claims under business interruption insurance policies and Dutch lawyers expect its effects to ripple out to the Netherlands.

The U.K. judgment gives companies that don’t have the standard Dutch “named perils” policy leverage to file new business interruption claims to cover losses related to the COVID-19 pandemic, said Evelyn Tjon-En-Fa, a partner at Bird & Bird in the Netherlands and head of the Dutch dispute resolution practice.

This is in principle the case for companies who insured their risks on the London market, which many large and multinational corporations in the Netherlands do, Tjon-En-Fa added.

But the “light” lockdown imposed by the Dutch government – where few industries were required to shut their doors – further narrows the group of potential claimants.

“I think a claim will be more successful if you can really prove that the government ordered you to actually close off your entire premises – instead if, say, you had less turnover, or you didn’t get as many orders,” Tjon-En-Fa said.

Still, Tjon-En-Fa doesn’t expect a flurry of insurance disputes to follow in the coming months precisely because most companies have named perils insurance policies.

Tjon-En-Fa does expect lawyers to have their hands full with rental disputes between property owners and corporate tenants who were unable to make rent payments due to the economic impact of COVID-19. She added that force majeure and unforeseen circumstances disputes are also likely to result in a spate of new disputes, albeit it not immediately.

“It usually takes more than a year to get a judgment, so taking that into account I expect quite a caseload in 2021 in judgments from the court.”

In Germany,  first signs of what many are calling a “Klagewelle”, or a wave of litigation due to the economic fallout from the coronavirus are starting to appear.

Like in many other nations across Continental Europe, Germany closed restaurants, bars and hotels during the first pandemic wave this spring—a measure that hit restaurants and bars especially hard, resulting in a total loss of $20.5 billion in the six months starting in March, according to the German hotel and restaurant association DEHOGA.

Now, as restaurant owners are asking their insurance to step up, many are finding that a  loss of business due to a novel virus wasn’t covered by their insurance policy.

Three cases went to trial this month in a Munich regional court. In all, the Germany insurance giant Allianz argued that the restaurant owners policies did not cover damages linked to the coronavirus pandemic. At least 72 additional cases will still be heard, according to a court spokesperson, with more cases being filed.

But for lawyers, these uncertainties are delivering payoffs.

Cases like these are making CMS’ insurance practice boom, according to Duncan Weston, CMS executive partner.

“Things like insurance, which is one of our biggest sectors, is absolutely going nuts, because of course insurance claims are going up everywhere,” he said.

Insurance is just one area that is seeing higher levels of work compared to the 2008 financial crisis, Weston said.

“In 2008, the entire market stopped, there was nothing at all, no litigation, no restructuring. No corporate work, nothing.”  In the wake of the Corona crisis, insurance is “a huge busy area for us,” Weston said, “whereas, in 2008, it was completely dead.”

Six Months On: How Germany’s Legal Industry Has Faced the Pandemic

Eva von Schaper is the Germany-based correspondent for Law.com International. She writes about lawyers and legal issues in Germany and elsewhere in Europe. Her coverage includes the business of law, global and domestic law firms, in-house legal departments and regulatory issues. She can be reached at [email protected] Litigation partner Colin Passmore has held the role for a decade. The partner had joined the firm less than two years ago from Simmons & Simmons. The tribunal recognised that the A&O partner's health was at risk. 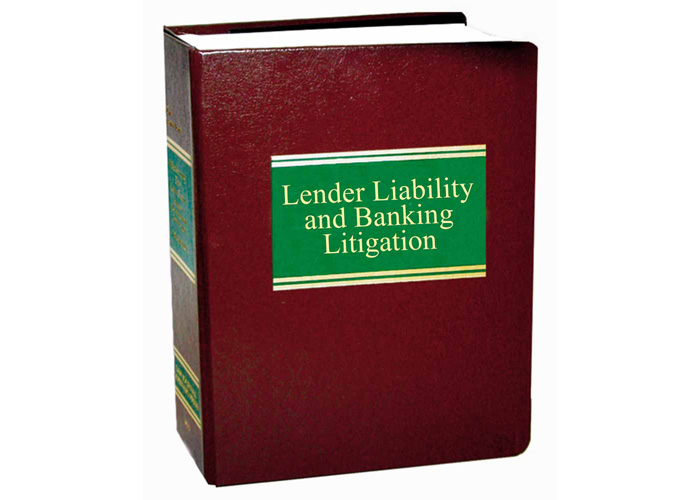